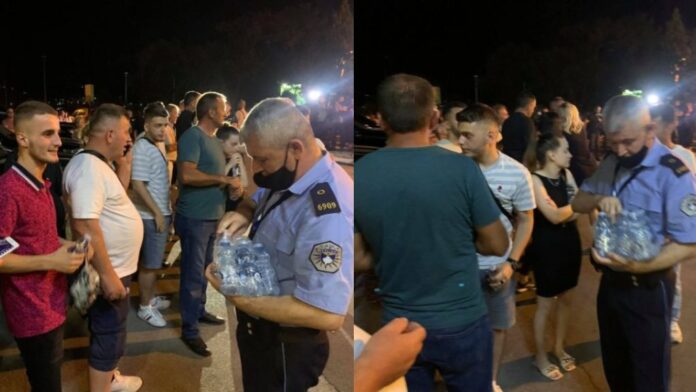 Kosovo Police has distributed water to families who are waiting in front of Pristina Airport.

Some of the emigrants who escaped the tragic accident in Slavonski Brod, Croatia have already landed at Prishtina Airport “Adem Jashari”.

The relatives of the emigrants have come out with flowers in their hands welcoming them.

Dozens of Interior Ministry vehicles have entered the airport and will escort the migrants to their homes, while two ambulances have been introduced to take to hospital those who are not in good health and are still injured.

Otherwise, on Sunday, ten people from Kosovo lost their lives and 45 were injured when the bus they were traveling in went off the road in the Croatian town of Slavonski Brod in Croatia.

The bus with 67 passengers, including children, had left Frankfurt for Pristina. DETAILED FORECAST FOR AUGUST! Effectively-known meteorologist introduced after we can count on adjustments!