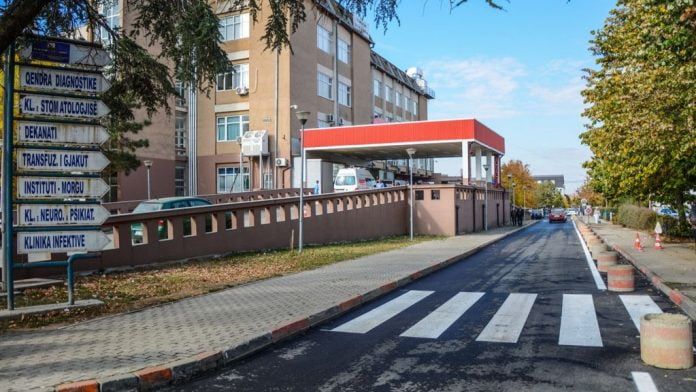 Kosovo Police in the 24 hour report has announced that police units are investigating the case of the death of a 23-year-old from Drenas and the prosecutor has been informed about this.

According to UCCK doctors, their recommendation was that the lifeless body of the victim be sent to IML for autopsy, but the family refused.

Due to suspicions, police units are investigating the case and the prosecutor has been informed.

A 23-year-old girl in Drenas passed away on Wednesday, while her family members say that the death occurred three days after she received the first dose of the coronavirus vaccine.

After the statements of the family members, the UCCK also reacted.

The Emergency Clinic of the University Clinical Center of Kosovo, through a press release has provided clarifications about the death of the 23-year-old in Drenas, for which family members have claimed that she died three days after receiving the vaccine against COVID-19.

The Emergency Clinic says that the patient was brought to the clinic, with loss of consciousness, with enlarged babies, without blood pressure, without peripheral pulse, with difficult breathing, where he later failed to survive, Telegrafi reports.

The Emergency Clinic of the University Clinical Center of Kosovo, in relation to the news published about the death of Mr. I (1998), from the village of Zabel in Drenas, explains that the patient comes to the Emergency Clinic at UCCK at 16:30, dated 15 September 2021, by ambulance from the Emergency Medicine Center in Prishtina, due to loss of consciousness, with enlarged pups, no blood pressure, no peripheral pulse, with difficulty breathing.

“Despite the maximum efforts of the staff of the Emergency Clinic, the patient did not manage to survive, she died at 17:45”, it is said in the reaction of UCCK.

The Emergency Clinic states that “The final diagnosis of death was intra-abdominal hemorrhage (during abdominal bleeding), hemorrhagic shock”. / Telegraphy /

I discovered it subsequent to a container with an empty bowl! Once I approached him I spotted he CANNOT GET UP! /PHOTO/