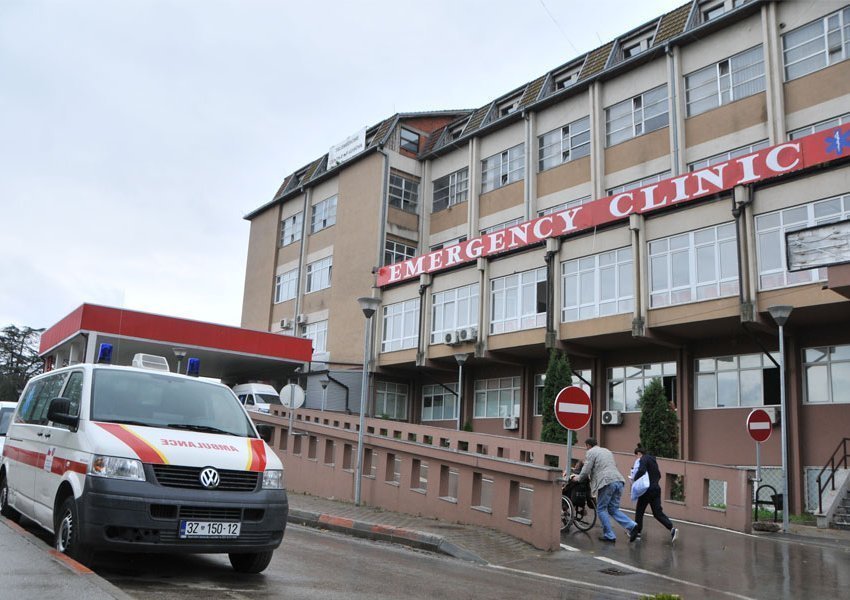 The Chief of Services at the Emergency Center, Isuf Bajrami in an interview with the media said that although they are in an overloaded situation facing the pandemic, they are present where needed.

“The calls vary depending on the epidemiological situation but also on the pathology that occurs in patients. On average we have 80 to 100 calls per day but we conditionally make 30 to 50 visits in 24 hours we have 80 to 100 interventions in the city but also in the suburbs in the villages that gravitate to the municipality of Prishtina, at the same time we intervene for accidents of traffic on the road axes for Mitrovica, Ferizaj, Fushë-Kosovë and so on, but there are also extraordinary situations when we need help ”.

“… We can say that we are in a busy situation taking into account the Covid-19 pandemic, since we also had infected workers and staff reductions, but with maximum effort and commitment we have managed to be where in most cases the need is required ”.

He explained that the Emergency Center operates during the day with 5 medical teams, while they have 15 ambulances which are in standard condition.

“We have available within the day 4 to 5 medical teams with capacities that we have, we have 15 ambulances but usually four or five are activated during the day because the Emergency Medical Center works in shifts and these are standard ambulances” .

Regarding the staff, Bajrami says that they meet the needs but he adds the need for staff renewal, where he said that it is expected that a competition will be opened very soon.

As for the false calls, the Emergency Center has been facing this problem since after the war, but Bajrami says that now the population is aware of which are rare.

“The staff is busy, we meet the needs but we also need to update the staff, taking into account that the staff is overloaded especially this last year and at the moment we manage but we hope that we will be strengthened with staff considering that it is expected to a competition is announced to meet the needs of primary health care and a competition is expected to refresh the staff ”.

“We have been facing this problem since after the war and over the years the population has become aware and no false call is ruled out, but they are mostly rare cases and I can say that there is an awareness of citizens, we have calls that do not meet criteria for urgent interventions, which services can be provided to the patient in the nearest family medicine center ”.

Bajrami also expressed concern regarding the use of violence against health personnel.

He says that the health staff should be understood for any inappropriate behavior as the situation with the pandemic is also affecting.

Bajrami added that this phenomenon should be stopped, adding that violence is not tolerated against any worker who provides medical assistance.

“This is a very worrying phenomenon for all health workers but also for our society, and it is a phenomenon that we must fight, but society must help, the judiciary and then the media must play a role in this regard.”

“Possibilities for patient dissatisfaction always exist, we can not say that we too are angels because we have mistakes, maybe some inappropriate behavior from the burden of fear and this pandemic situation has burdened us too, so we seek the help of society and these phenomena should be stopped, violence is not tolerated against any health worker who provides medical assistance ”.