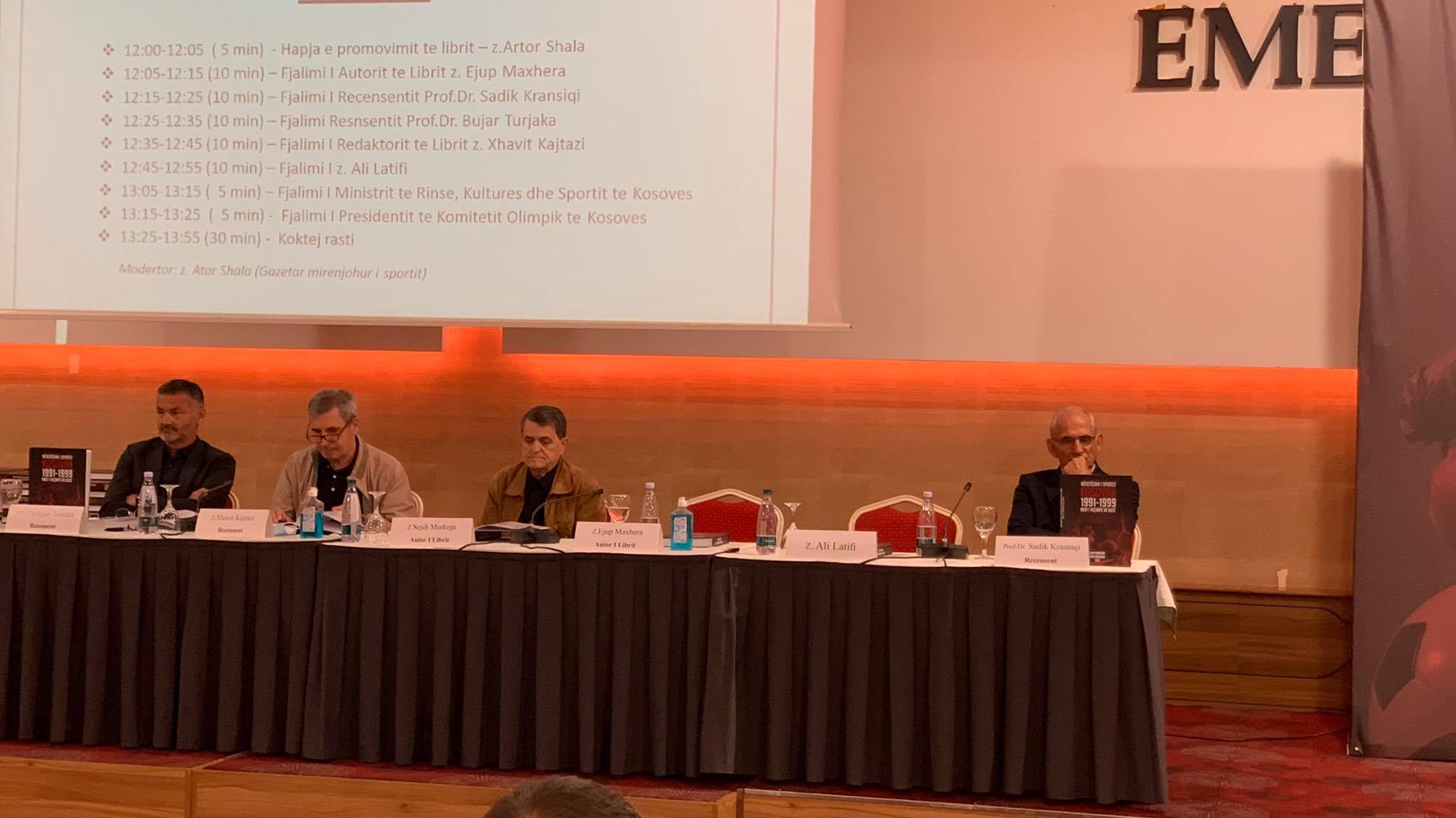 The book “Kosovo Sports Independence 1991-1999 special occasion in the world” was promoted by the author Ejup Maxhera and his co-author, Sejdi Mërkoja.

Present at the promotion of this book were many representatives of the sports community such as the President of the Kosovo Olympic Committee, Ismet Krasniqi, Secretary Shasivar Haxhiaj, President of the Football Federation of Kosovo, Agim Ademi, as well as many well-known and prominent sports figures vendor.

On this occasion, the author of the book Ejup Maxhera said that the idea for the publication of this book, in which they worked for five years, came as a need to present the difficulties of preserving sports documentation during the period 1991-1999.

According to him, this book describes the whole period of repression of the Serbian occupier to prevent the development of sports in Kosovo.

He added that this book will be like an archive of preserved documents that show the glorious sports activities during the period 1991-1999 and that fortunately have escaped destruction.