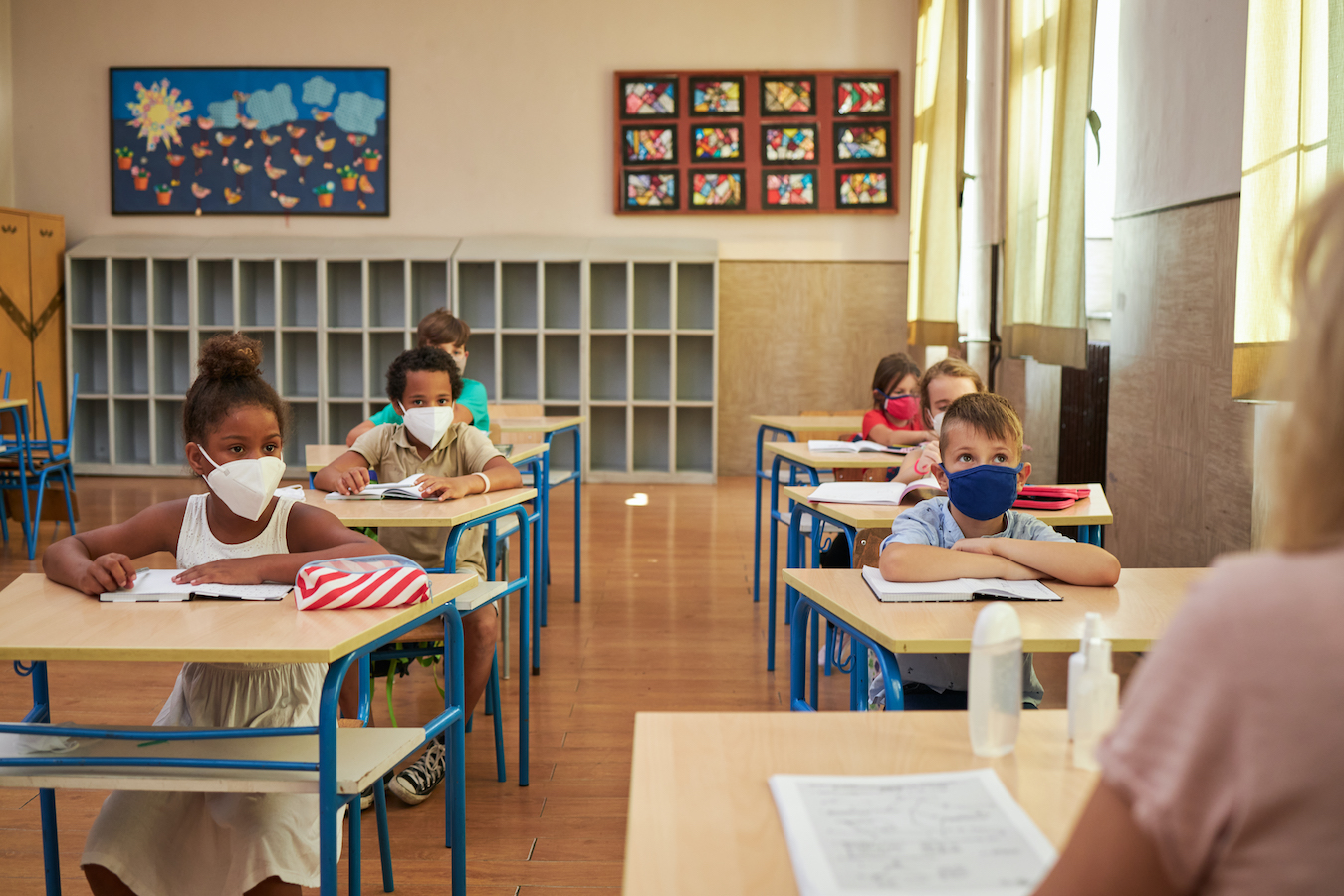 As the spread of the delta variant threatens the safety of classrooms, a poll released Wednesday found nearly two-thirds of parents support schools’ requiring unvaccinated students age 5 or older and teachers to wear masks. A majority of parents, however, oppose requiring students now eligible for a covid vaccine to get one, with one Black parent from Michigan telling pollsters that “my child is not a test dummy.”

The strong public opinions come as the politics over classroom masking grows more heated with the start of the school year, particularly in Florida and Texas. Florida’s Republican Gov. Ron DeSantis has issued an executive order giving parents the authority to decide whether their kids should be masked but several large school districts are maintaining their masking mandates. The Dallas and Austin school districts are also defying a ban on mask mandates issued by Texas Gov. Greg Abbott, a Republican.

The KFF covid-19 poll found that, nationally, 63% of parents favored mandatory masking for unvaccinated children ages 5 to 17. (KHN is an editorially independent program of KFF.)

Predictably, views on masking and vaccination split consistently along party lines, with Democratic parents generally supporting them and Republicans much more resistant. Sixty-nine percent of Republican parents oppose mandatory masking. More than three-quarters of Black parents and Hispanic parents support mask requirements while only a slim majority of white parents back masks.

Some parents said the resistance to vaccination sprung from their children and they were reluctant to compel them. “I gave him a choice,” one white parent from Idaho told the pollsters. “He chose not to.” A white mother from Wisconsin said that while she had encouraged her teenager to get vaccinated, “I don’t feel comfortable forcing him to get it since he is 17 and nearly an adult.”

Unsurprisingly, resistance to vaccinating their child was strongest among unvaccinated parents, with half saying they would not want to allow the shots under any circumstance. Nearly three-quarters of unvaccinated parents said they considered the vaccine more dangerous than covid to their child’s health. The disease has killed nearly 613,000 Americans to date.

Opposition to school-mandated vaccination was high, with only 42% of parents of students ages 12-17 favoring it. Support was strongest among Hispanics, with 51% in favor, but only 38% of whites and 32% of Blacks agreed with school-required vaccination.

The resistance to covid vaccines does not reflect opposition to inoculation in general, the poll found. Nine out of 10 parents said they normally keep their children up to date on recommended shots such as those for measles, mumps or rubella. Yet among parents of 12- to 17-year-olds who say their children are up to date on other vaccinations, fewer than half of the children had been vaccinated for covid-19.

Among parents with unvaccinated teens, 88% held concerns that not enough was known about the long-term effects of the vaccine in children; 79% were worried about side effects; 73% feared the vaccine might adversely affect their teens’ fertility later in life; and 65% were concerned children would be mandated to get vaccinated even if their parents objected.

Hispanic and Black parents of unvaccinated teens were more likely than white parents to fear they might have to take time off from work to get their child vaccinated or need to stay home if their child experienced side effects. They also were more likely to worry it would be difficult to get to a vaccination site and whether they could trust the vaccine providers.

So far, no vaccine has been authorized for children under 12, but most of their parents remain cautious. Just 26% said they will get their school-age children vaccinated as soon as possible. An additional 40% plan to wait and see, and most of the remainder said they will refuse even if it is required.

The survey of 1,259 parents of children under age 18 was conducted by telephone July 15-Aug. 2. The pollsters noted most of the interviews were conducted before the Centers for Disease Control and Prevention’s most recent data on the magnitude of the threat of the delta variant. The margin of error for the full sample is plus or minus 4 percentage points and plus or minus 5 points for parents of children ages 12 to 17.

Why Doesn’t Medicare Cover Services So Many Seniors Need?