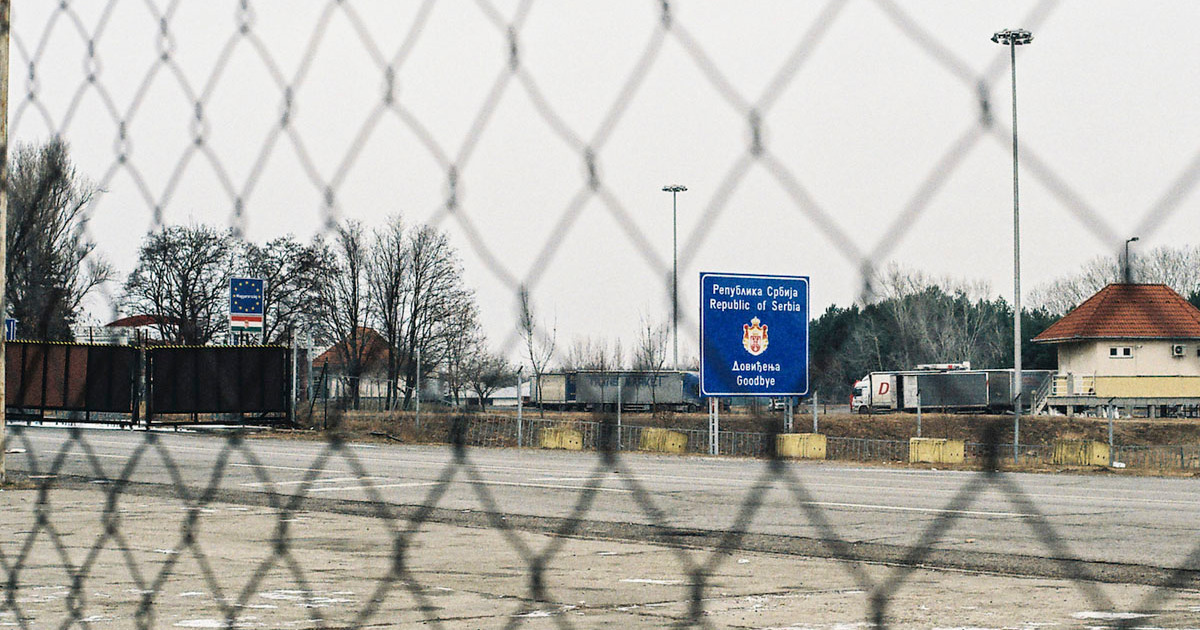 Kelebija, Serbia – After the Serbian police searched the spontaneous camp on the Serbian-Hungarian border, many of the hundreds of refugees and migrants who previously camped in a sparsely populated area moved to another location.

However, the nearby Kelebija border crossing remains their last hope of joining the European Union via Hungary, an increasingly difficult access point due to the barbed wire fence that spans the border.

Leftovers, old cans, abandoned clothes, plastic cutlery and other rubbish are strewn among the trees and bushes on the border.

According to Danijela Korac-Mandic of the Novi Sad Humanitarian Center, a group that provides food and other aid to refugees and migrants in the region, Serbian police raided the region on Wednesday.

They packed three buses carrying refugees and migrants who had not registered with the Serbian authorities and dismantled their tents before sending them to the Presevo reception center.

Among the 150 asylum seekers remaining in the region are many who fled the police raid and took refuge in nearby forests, barns and an abandoned duty-free shop. Others sleep in tents near the already overcrowded Subotica reception center and a bus stop.

The United Nations Refugee Agency, UNHCR, estimates that more than 6,400 refugees and migrants have been stranded in Serbia due to border closings across Europe.

The Serbian Government’s Commissioner for Refugees and Migrants issued a statement claiming that every refugee and migrant will find protection, especially when winter weather hits the region and temperatures drop to minus 20 ° C.

Across the border, the chief advisor to the Hungarian Homeland Security Authority, Gyorgy Bakondi, said that more and more refugees are trying to enter Hungary. He also accused NGOs of “providing misinformation” and alleged that humanitarian groups had spread rumors that the borders were open.

The Hungarian government, which dispatched 500 new border police officers, has also announced plans to detain all asylum seekers until their applications have been processed.