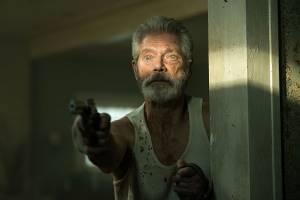 BELGRADE: The horror film Don’t Breathe 2, a sequel to the American box office hit Don’t Breathe, will start production in Serbia in August 2020. The project has already applied for the Serbian production incentive program and is run by the Belgrade-based company Work in Progress.

Filming in Serbia is expected to start in mid-August 2020 and last for 12 weeks.

Hollywood actor Stephen Lang is set to repeat the lead role in the upcoming sequel.

Don’t Breathe 2 is directed by Rodo Sayagues, who wrote the first film with Fede Alvarez. Alvarez, director of Don’t Breathe, wrote the script for the sequel with Sayagues.

Indictment for exerting affect, abuse of place and cash laundering