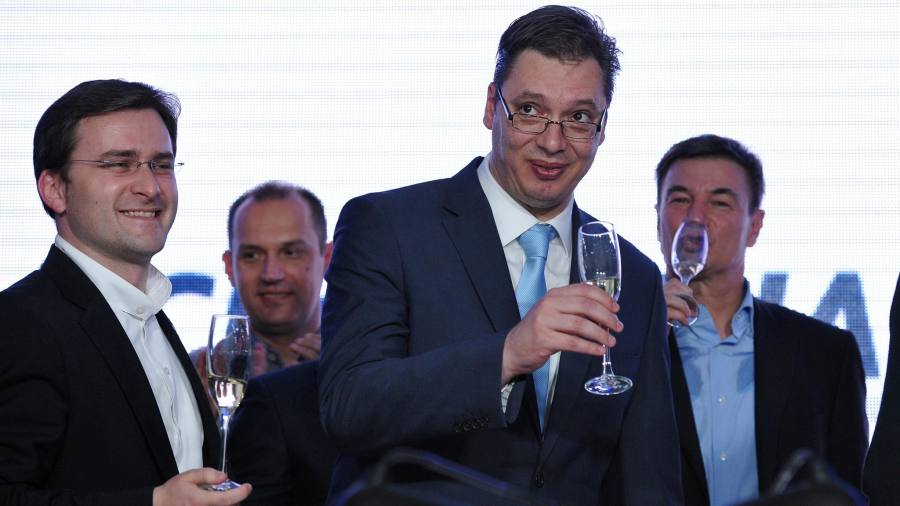 The next Serbian government will aim to pass some of the most ambitious economic liberalization laws since the collapse of communist Yugoslavia in the early 1990s in mid-July, said Aleksandar Vucic, the former nationalist politician who is expected to become prime minister.

“I expect that by the end of June or mid-July we will pass important laws, including labor law, bankruptcy law, privatization law and the law on building permits,” news outlets Vucic told reporters in Belgrade.

Mr Vucic’s conservative Progressive Party won a decisive victory in Sunday’s general election, winning 48.2 percent of the vote and 156 seats in the 250-member legislature. He owes a large part of his success to his image as a determined crusader against corruption in business and the public.

The Socialist Party, coalition partner of the Progressives in the outgoing government, took second place by far with 13.6 percent and 44 seats. Five smaller parties, three of which represent the ethnic Hungarian, Muslim and Albanian minorities in Serbia, will also be represented in the new parliament.

Although the progressives will have an absolute legislative majority, Mr Vucic could offer at least one smaller party a role in government to build political and social support for a testing phase of fiscal rigor and economic reform, Serbian political commentators said.

In a signal to international financial markets, Vucic indicated that he would likely keep Lazar Krstic, a non-party technocrat, as finance minister. Mr. Krstic, 29, is a Yale University trained mathematician and former McKinsey advisor who has demonstrated his commitment to deep economic reform, budget discipline, working with the International Monetary Fund and integration with the EU.

Serbia started accession negotiations with the EU in January and hopes to conclude them by 2018 and to allow formal admission to the bloc of 28 nations in 2020. Serbian officials are confident that the public administration apparatus is tech-savvy enough to incorporate and implement the acquis. the European legal body to which all candidate countries must join before joining the EU.

However, they acknowledge that the Serbian economy, which during the communist era had one of the highest standards of living in the Balkans, has fallen behind in the past 20 years and is in dire need of foreign investment and increased competitiveness.

Unemployment is already around 22 percent of the workforce, but it is likely to rise even higher if Mr Vucic keeps his promise to privatize or shut down dozen inefficient, state-owned companies that are making little or no profit, but will provide hundreds of jobs by the thousands from Serbs.

The expanding, non-reformed state sector is one of the reasons why Serbia ranks 101st out of 148 countries in the Global Competitiveness Index of the World Economic Forum 2013-14, behind all other five states that emerged with Serbia from the ruins of communist Yugoslavia.

In his quest to revitalize the economy, Mr Vucic is expected to further develop relations not only with the EU but also with the United Arab Emirates, which on the eve of the elections agreed to grant Serbia a $ 1 billion loan.

Last year, Serbia concluded arms deals with the United Arab Emirates to sell armored personnel carriers from the Gulf State and to jointly develop a guided surface-to-surface missile. Etihad Airways, the airline based in Abu Dhabi, has now acquired a majority stake in Serbia’s national airline.