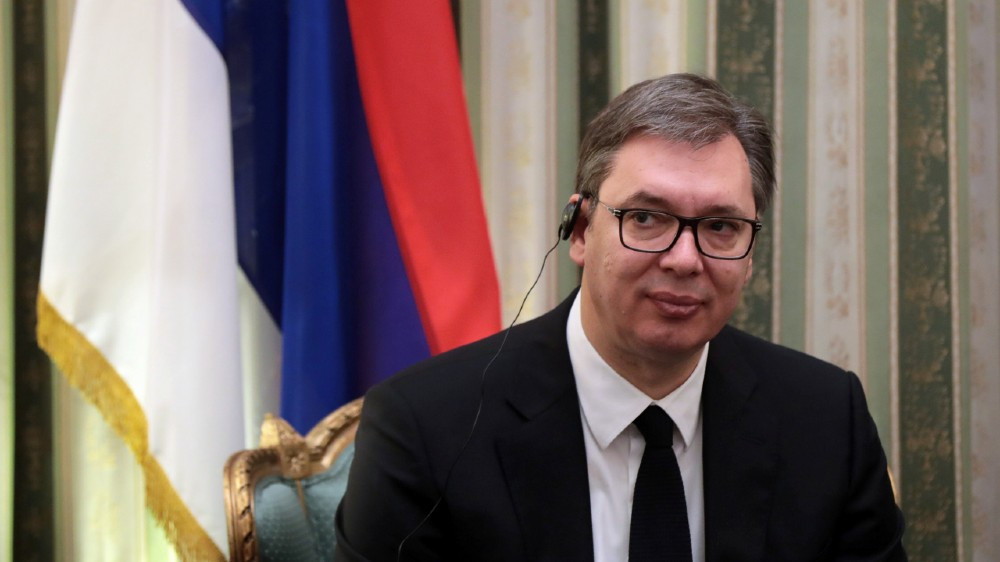 President Aleksandar Vucic wished “every success to all participants” when he called the election on Wednesday.

Serbia’s opposition parties are already preparing to boycott a parliamentary election scheduled for April 26th, which was scheduled on Wednesday by President Aleksandar Vucic.

The Alliance for Serbia and the Free Citizens Movement, who say they are the only viable opposition to Vucic, will not take part in the poll as the president tightly controls the media and the electoral process.

The boycott raises doubts about the conditions for free and fair elections.

“I wish all participants every success,” said Vucic at a press conference in Belgrade.

“There are more than 50 days allowed for the campaign, which makes it one of the longest campaigns ever. That is enough time for everyone to present their programs.

“Everything should take place in a democratic atmosphere. Of course there will be some raised voices and passionate speeches, but it is important that everything is peaceful and democratic and that the people choose their own representatives, ”said the Serbian President.

Vucic’s right-wing Serbian Progressive Party is expected to win the vote by an overwhelming majority and continue its eight-year dominance in the Serbian political scene.

Vucic has the mainstream media in Serbia almost completely under control, and pro-government tabloids often blow up his critics as foreign thugs or criminals – without their being able to react.

European Union officials failed to persuade the main opposition parties to participate in the elections.

The Serbs will vote for 250 MPs to replace the MPs elected in 2016 in the Balkan country with a population of seven million.

Local elections will take place on the same day in northern Vojvodina in Serbia.

Like other Balkan countries, Serbia faces a demographic challenge with an aging population and a high rate of emigration.

After a while the match between Florian Markut and Rylan Charlton starts, here you can watch it live – Latest News