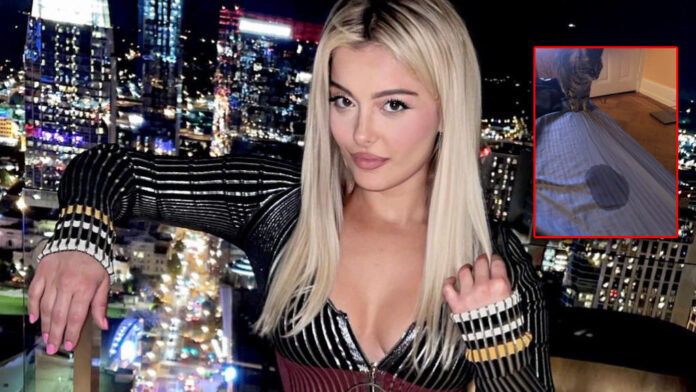 She made her debut in the film, just a few months after releasing her album “Better Mistakes”, which was very well received by her fans. Rexha meanwhile continues to be active and very connected with her fans on social networks, sharing with them different images from everyday life.

Finally, the 31-year-old gave her followers on InstaStory the opportunity to tell her a secret, which she would then discuss with them and advise. A concerned follower has written to the artist about how unhappy she feels with her body, quoting: “I feel so insecure about how thin my body looks and I still wet my bed. And the Albanian’s answer was much more modest than one might think, because she without hesitation showed that she happened to wet her bed herself, even though she was over 30.

“Do not feel insecure, every body type and size is beautiful. I wet my bed accidentally about a year ago and I am 31 years old.

You are fine, I promise you “, was Bebe Rexha’s answer to her fans. Otherwise, after the premiere in Los Angeles, the singer has traveled to Italy, for her next projects there. Lazy will renew his contract with Barcelona – Latest News

The proprietor of the corporate in Zagreb is introducing a four-day working week, the wage stays the identical