The proprietor of the corporate in Zagreb is introducing a four-day working week, the wage stays the identical 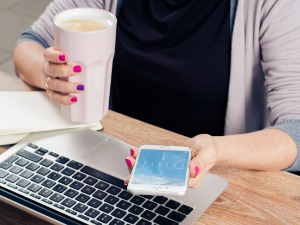 Jan de Jong shared this information on his LinkedIn profile.

“Webpower Adria has just given its workers a 20 percent increase. No, not in money, but in leisure. We are introducing a four-day work week – for the same salary! In addition, the decision of whether my colleagues will work from home or from the office is on them, ”wrote Jan De Jong.

When asked how he came up with the idea, he explained that he was encouraged to do so by companies around the world that introduced a four-day work week and results that showed that stress among employees was reduced and their productivity increased.

“In countries like Iceland, they have conducted several experiments in recent years testing a four-day work week, and according to these results, working four days a week would reduce stress and increase employee productivity. Also, it is very common in the Netherlands to work less than five days. “De Jong told the Index.

Research has shown that it is not only possible to work shorter in modern times, but that positive changes are also possible. Workers reported being less stressed and not at risk of “burnout at work.” They also said that their health and private life had improved. They also stated that they have more time to spend with their family, do hobbies and finish housework.

“If we can do our job from anywhere, then who are we to say that it should be done from the office? I firmly believe in the strong words of Sir Richard Branson: ‘If you care about your workers, they will take care of your clients.'” says De Jong.

He stated that the next task of the employees is to agree among themselves who will take which day off, because the “show” must continue, and that it will remain available to clients five days a week.

When asked how his employees reacted when he told them the news, he answered:

“Our team was thrilled to hear that we were starting a four-day work week in September. They laughed so much from happiness, and some even cried from happiness.”

When asked what he expects from the four-day working week, he answers: