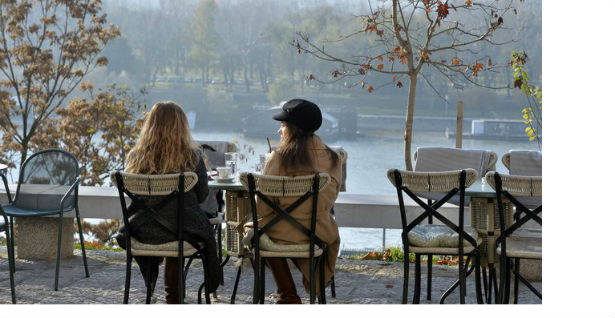 WHAT AUTUMN EXPECTS US? We bring a great forecast for the most colorful seasons: The temperature in September is above average, but then BAD NEWS FOLLOW!

October will be changeable.

The autumn ahead of us in the first part should be very dry and warmer than average while its second part would bring typical autumn weather and the first autumn rain, and for now there is a certain probability of a little earlier arrival of cold weather and snow in the lower regions, somewhere in the second part of November, but it is not very high for now, wrote meteorologist Marko Čubrilo in his forecast for the next season.

Given the distribution of baric systems in most of the autumn of 2021, a relatively warm part of Europe would be dominated by relatively warm air currents of the southern quadrant. The exception would be the area of ​​Great Britain and a larger part of Scandinavia, where northwestern and western air currents would dominate.

– In most parts of autumn, the air flow over our part of Europe would be southwest or south, because the air would move further north from the south along the eastern periphery of the anticyclone branch. Of course, this southern current would be interrupted from time to time, but at shorter intervals, and because of that, over our part of Europe, the three-month anomaly of the air temperature would be about 0.8 degrees above the average – states Čubrilo.

The air temperature in September according to the BCC model, over most of Europe will have positive deviations from the average and over most of the old continent it would be 0.5 to 1.2 degrees above average.

– The warmest would be over the extreme south of Europe and northern Africa, where the deviation would go over 3 degrees Celsius, while only over the European part of Russia, as well as in northeastern Europe, September should be colder than average. For our region, it is simulated that September will be warmer from 0.3 to 0.8 in relation to the average, in the south maybe about 1 degree in relation to the average – Čubrilo writes in his text.

The following month of autumn 2021 shows certain changes in the synoptic schedule.

– There would be a certain redistribution of the air pressure anomaly over the northern hemisphere, above all, outside Europe, a strong anticyclone field would stand out over the northeast of North America, along whose eastern periphery very cold air would descend to the eastern United States and probably bring this part of North America. frequent cyclones, late October and early snow.

– When it comes to Europe, the core of the anticyclone would move a little to the west and its center should be located west of Great Britain, while cyclonic activity would strengthen in the area of ​​Scandinavia and the Baltic countries. Reduced air pressure would affect the western regions of Russia, but also the Alps region as well as the northern Adriatic, while the anticyclone field would be located over the extreme east and southeast of Europe.

– For our region, that would mean a much more variable but still relatively warm October with more frequent cyclogenesis over the northern Adriatic, which with the right atmospheric conditions can be very strong and bring heavy precipitation to the western part of the region, while in the east there would be less rain and more southern currents – says Čubrilo.

Colder and rich in precipitation November

The third month of autumn, November, shows the further evolution of the development of synoptics. This month, the model gives a strong signal for an increase in air pressure in the wider area from Greenland, Iceland, the Northwest Atlantic to Great Britain. At the same time, the signal for a strong anticyclone appears over the east of Siberia, but at this moment it is too far to influence the weather over Europe. At the same time, the model signals an increase in air pressure over Scandinavia, which would cause the center of the cyclonic circulation to descend further south, and this month it would be located in the wider area of ​​the Alps across the Apennine and Balkan peninsulas.

– For our region, this would mean a much colder and precipitation-rich synoptic trend and it is not impossible that in addition to heavy rain and mountain snow at the end of this month there will be snow in the lowlands, especially if there are strong cyclones in the Adriatic and an anticyclone in northern Europe. strengthened – wrote Čubrilo.