After the transfer of Harry Kane from Tottenham Hotspur failed, Manchester City is looking for another striker, writes Zeri.info.

The reigning English champions are trying to bring Cristiano Ronaldo back to the Premier League and to Manchester, but this time at the Etihad Stadium.

Renowned Italian journalist and transfer market expert Nicolo Schira has announced that Manchester City are seriously interested in the 36-year-old.

According to him, “Citizens” have offered a two-year contract, valid until June 30, 2023.

Schira also writes that Ronaldo’s agent, Jorge Mendes, is in Turin and is talking to Juventus club officials about the player’s future.

Nicolo Schira has not ruled out the possibility that Juventus in the deal to seek the inclusion of Gabriel Jesus.

It remains to be seen in the coming days whether Ronaldo will transfer to local rivals of his former team, Manchester United. /Zeri.info 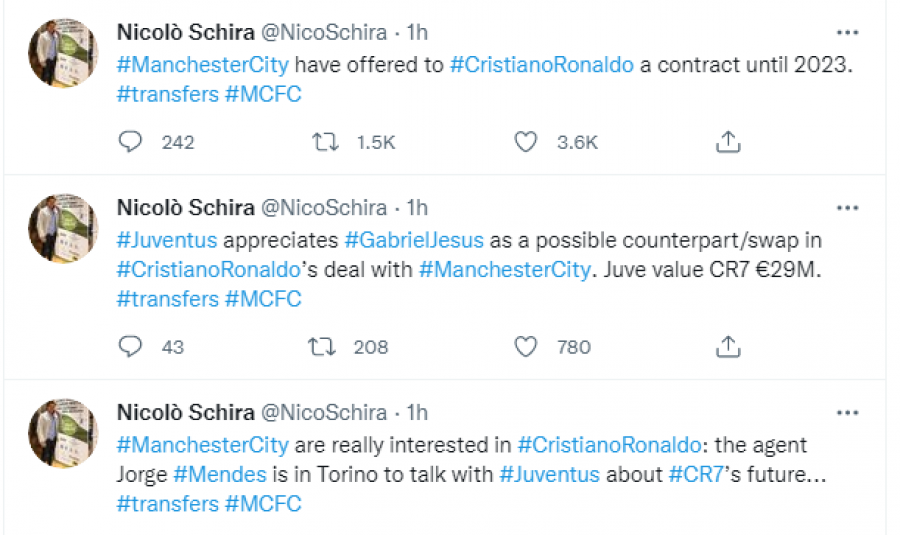