The departure of Vjosa Osmani has halved the LDK 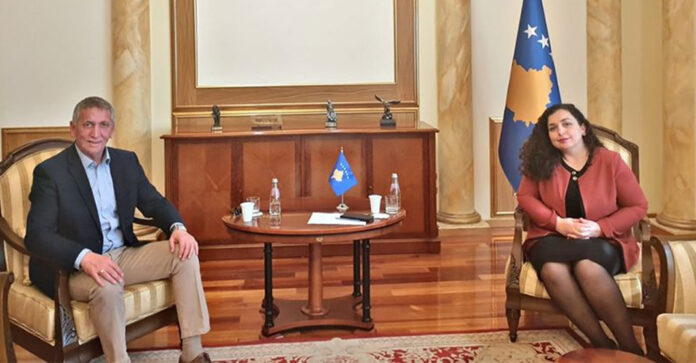 LDK’s Anton Quni commented on the departure of the acting president, Vjosa Osmani, from the Democratic League.

Quni said that her departure has damaged the LDK to such an extent that the votes of this political entity have been halved.

“Not that it has left a mark on us, but it has halved the Democratic League of Kosovo.

“It has lost half the strength of the Democratic League,” he said.

“I can say that she was the loudest within the meetings of the LDK Presidency, where we had to find a way not to come to the transformation of the government.

“She has not changed her position,” said the acting Minister of Defense in Pressing.

“With her persistence, she simply began to identify herself as a personality who now begins to create favors for the Vetëvendosje Movement.

Then rumors started inside the Presidency where it was said that Osmani is against the interests of the LDK leadership, while we were challenged as members of the General Council to vote for her release from the responsibilities she has transferred to the LDK “

“She was no exception, she was vice president and member of the Presidency and General Council of the LDK.

I do not remember the exact wording but it was about the vice president and member of the Presidency.

I also saw this step as wrong that will create consequences and therefore I did not vote for Osmani to leave.

WARNING RHMZ! ICE RAIN is feasible on this a part of Serbia, and right here is the place the SNOW might be seen