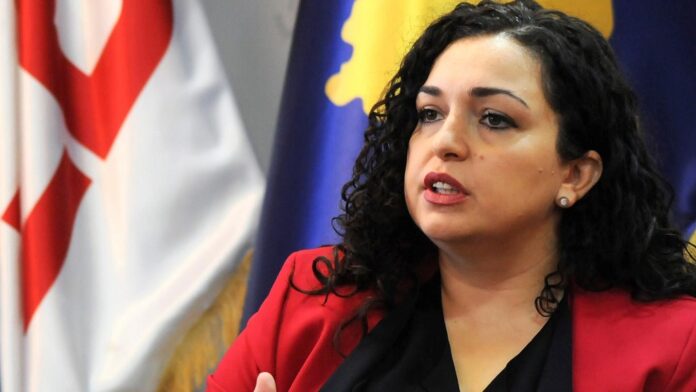 President Vjosa Osmani stated today that the dialogue process in Brussels should end with mutual recognition between Kosovo and Serbia.

During a meeting with US Deputy Assistant Secretary of State Matthew Palmer and European Commissioner for Dialogue Miroslav Lajcak, she reiterated the position that it remains essential for Kosovo to fully respect territorial integrity, constitutional and state internal regulation, as well as and the functionality of the site.

Furthermore, Osmani highlighted the issue of missing persons during the recent war in Kosovo, as a priority in this process.

“We expect the process to end with mutual recognition, respecting these principles and for the agreement to be fully enforceable,” Osmani said.

Palmer and Lajcak, for their part, reiterated their full support for the dialogue process and its conclusion with a final agreement between Kosovo and Serbia.

Osmani stressed that Kosovo institutions are maximally focused on pandemic management, implementation of reforms in the field of rule of law and economic development of the country, as basic priorities of the country’s institutions.

She thanked the US and the EU for the support they have given to the citizens of Kosovo in this difficult time for all of us.

She expressed gratitude to the European Union for donating vaccines, and expressed hope that the US will also distribute a number of vaccines to our citizens.