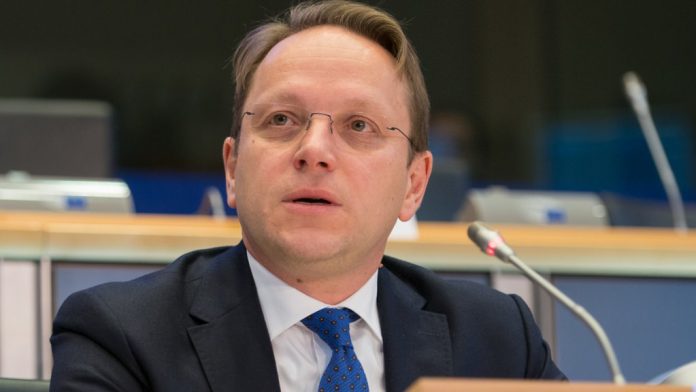 Enlargement Commissioner Oliver Varhelyi has said the European Union has a 30 billion-euro investment plan in the Western Balkans.

Speaking at a press conference with Albanian Prime Minister Edi Rama at the Balkan Summit, Varhelyi said that the region should first function as a single market.

“We are ready to reconfirm our commitment that we have put on the table with the economic investment plan.

“We have shown since the autumn that it mobilizes almost 30 billion euros in the form of investments in the region, but this plan will not work if the region does not function as a whole, if we do not have a regional market”, said Varhelyi.

“It does not make sense to build highways if all large vehicles will stop at different border crossings between the borders every 100 kilometers.

It does not make sense to work more for these railways if even trains will encounter difficulties or new trade routes if there will have to be 6 different types of freight certificates, or different taxes.

Rama also returned to the topic of the Mini-Schengen project.

“The project of what I call regional Schengen, someone else calls Mini-Schengen, is a strategic project with extraordinary benefits, economic, social and ultimately political of our region and I am glad that the synergy of this vision with the EU is complete.

The Berlin Process is the beginning and we are in the conditions when we are owning the process and I hope that the Berlin process itself will pass completely into the hands of the EC, under the leadership of the President of the Commission with the desire and ambition that the July 5 meeting be the last in the current format “, Rama said.

The Prime Minister of Kosovo, Albin Kurti, is also a participant in this meeting.

Commissioner Olivér Várhelyi is also attending the Summit; the President of Montenegro, Milo ukukanovi;; the Prime Minister of Serbia, Ana Brnabic; the Chairman of the Council of Ministers of Bosnia and Herzegovina, Zoran Tegeltija; the Prime Minister of Northern Macedonia, Zoran Zaev; Secretary General of the Regional Cooperation Council, Majlinda Bregu; the director of the CEFTA secretariat, Emir Djikic; and Ljuba Siljanoska, Deputy Director of the Permanent Secretariat of the Transport Community Treaty Organization. / Telegraphy /