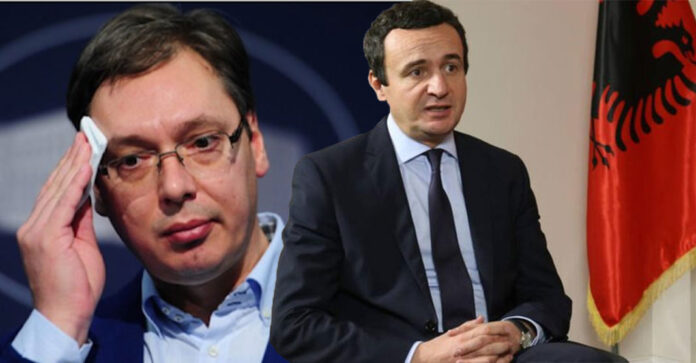 The European Union Office in Kosovo has announced details about the meeting between Kosovo and Serbia, which is expected to be held on Tuesday, June 15 in Brussels.

The Prime Minister of Kosovo, Albin Kurti, and the Serbian President, Aleksandar Vuiqi., Will participate in this meeting for the first time on the issue of dialogue.

Through a press release, the EU office announces that the meeting will be of a high level, which is known to be mediated by High Representative Josep Borrell and EU Special Representative Miroslav Lajcak.

The Kosovo-Serbia dialogue process started in 2011 with talks on technical issues, while in 2012 it evolved into political talks to normalize relations between the two countries, with high-level political representation between the prime ministers and presidents of both countries. .

During the ten years of the Kosovo-Serbia dialogue, it is believed that over 30 agreements have been reached, although the authorities in Pristina and Belgrade speak with different figures for these agreements.

Among the agreements reached is the one for the Association of Serb-majority municipalities, for the formation of which, there is already a dispute between the parties that have reached it.

The European Union aims to reach a comprehensive agreement in which all issues between the two countries would be resolved.

After a suspension of almost 2 years, talks between the two countries during 2020 had resumed, but they were again interrupted due to the elections in Kosovo that were held on February 14. / Telegraphy /

Great gesture from Pohjanpalo – scored the winning goal against Denmark, but did not celebrate Eriksen’s cause – Latest News