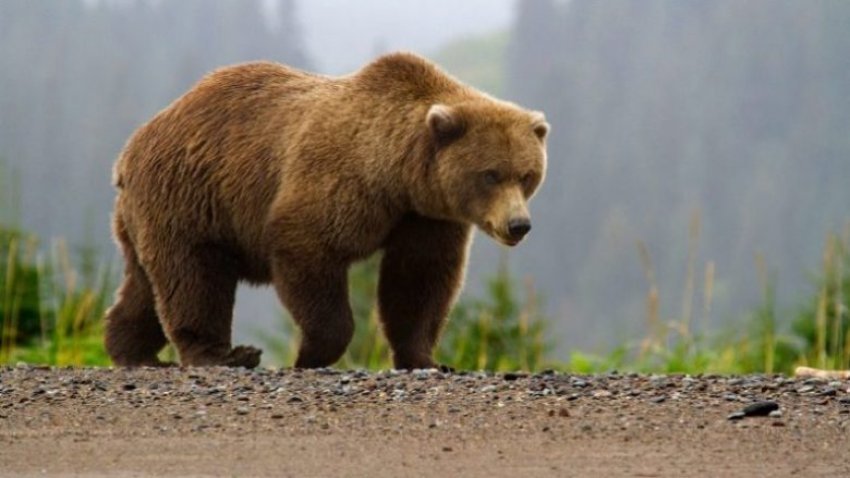 A bear, which is said to have been seen on the paths of Germia Park, has caused a lot of trouble to the forest guards. The bear, in search of the guards has not been found yet, while the Municipality of Prishtina has closed the park due to the danger to visitors.

In the afternoon, the Kosovo Police informed that a bear was seen by a citizen on the paths of Germia Park, which could be dangerous for the citizens. Immediately after receiving the information, the guards went in search of the bear, but still could not find any trace of him.

The director of the parks, Fatime Hajdari, told KosovaPress by phone that some citizens said that a bear was seen near Lake Badovc, while later they received information that the same was seen near the paths of Germia Park.

“They contacted the official office of the municipality which confirmed that some citizens had claims that the gold moved near Lake Badovc and then today during the day we received a second information through citizens who claim to have seen a gold of the upper paths a little higher than Vila Gërmia the part of the paths that is for running. Then due to the uncertainty that has arisen we contacted the bear forest officials to confirm if it is one of the bears that are sheltered there. There we realized that it is not the bear that could have come out of the bear forest, but it is the bear that could have come out of the paths on Gollak mountain, ”said Hajdari.

Furthermore, she announced that the Directorate of Parks has requested assistance from the Ministry of Environment, and that the latter has replied that a team for the localization of the bear will come out the next day.

“Initially, the forest rangers in charge of the excavation park were engaged to confirm it as soon as possible as information, at least to locate the space in which it is moving, but they did not encounter or see it, although it is worth noting that workers, due to the weekend, today were even fewer in number. We as the director have also requested assistance or assistance from the ministry, meaning the emergency department there as well. “They said that tomorrow during the day together a team will come out to locate the bear and to at least avoid it as a danger and follow it, so that it can come out and continue in the areas that are most suitable for its authority.” she said.

Citizen Halil Sylaj, who had chosen this Sunday for a walk in Germia, tells KosovaPress that he is a regular walker of the park and that since retiring he often goes 15 to 16 kilometers, which has not happened occasionally any wolf or gold.

“I mean, I heard the message given by the mayor of Prishtina, Shpend Ahmeti, but I do at least 15-16 kilometers through the forest of Gërmia. How I got down to this point that we are and I did not have a chance to see it, I even go to the bear forest, it never came out. I’m a regular walker. In the five years since I retired, I have never had a wolf or a bear come out. Now I do not know who saw it, but I myself move almost from 10:00 to 16:00. There are also lots of people moving like me, some on bicycles, some on foot, but I have never heard of something happening. “And now I do not know how this news came about,” he said.

The other citizen, Afrim Rrahmi, who was walking in the park of Gërmia, says for KosovaPress that he heard the news about the presence of the bear from the mayor of Prishtina, but that it did not happen to him.

“No, we do not have it, but the workers of art and culture have said that he has left. In that restaurant where we drink coffee (Freskia), ie when we walk in that restaurant, she came out of there and we are informed and it is certain what Shpend Ahmeti said, but she ran away from people. “He did not think he was getting closer to people, because he was locked up for a long time and could not wait to get out of there,” he said.

The Municipality of Prishtina has indicated that Germia Park will be closed until further notice due to any potential danger, and asks citizens not to frequent this part.