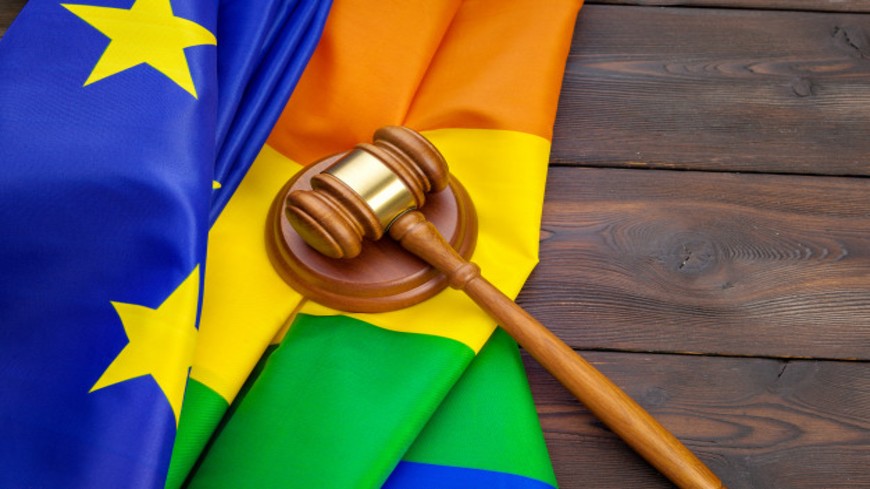 According to international human rights standards, states are obliged to take a number of complex measures in order to create an environment for freedom of expression and equality. Important international and European human rights instruments also provide for an obligation on the state to take positive action in response to “hate speech” in all aspects of public life, in particular by combating prejudice and discrimination and other negative consequences of “hate speech”.

Due to the lack of an institutionalized record of illegal behavior against LGBT + persons at a central level in Serbia, the Belgrade-based civil society organization “Da se zna!” Began to document and monitor illegal activities resulting from prejudice against the actual or perceived sexual orientation, gender identity, and expression were motivated. The aim is to legally recognize anti-LGBT + hate crimes and to sanction them appropriately. For the purposes of a case it is currently taking, Da se zna! recently asked the Council of Europe for assistance in translating the selected case law of the European Court of Human Rights (ECHR) as the lack of a proper translation limits its application before the national court.

The Council of Europe is currently implementing the action to promote diversity and equality in Serbia in the second phase of the European Union / Council of Europe Horizontal Facility for the Western Balkans and Turkey (HF II). The aim of the action is to help improve the functioning of the anti-discrimination mechanism and its accessibility for vulnerable groups in accordance with European standards and best practices. In particular, it will address the fight against discrimination, including discrimination based on sexual orientation and / or gender identity, hate speech, and the protection and promotion of national minorities and their rights. This is achieved through tools such as legislative and policy reviews, capacity building and campaigns carried out at different levels, including local. With this aim, the action supports beneficiary institutions and civil society organizations active in the field of LGBT + rights, and the selected case law has been translated with the support of the action.

“We have documented 200 cases of hate crime, discriminatory incidents and hate speech cases through an online and anonymous questionnaire to report such cases. At the moment CSO is Da se zna! monitors six cases of hate crime and hate speech in competent courts in the Republic of Serbia. One of them is the Da se zna! is currently prosecuting Vladimir Dimitrijevic before the Supreme Court in Belgrade for discriminatory allegations in the text “In defense of the natural family” and in the article “Responding to the lawsuit of the LGBT protectors or again – as long as there are a hundred,” says Dragoslava Barzut from Da se zna!

“Hate speech” and its consequences, including violence and discrimination, are serious human rights concerns, including from a freedom of expression perspective. Often, “hate speech” has real implications for the freedom of minority or marginalized individuals to express themselves and be heard, as well as the freedom of others to hear their opinions and ideas.

“In the absence of jurisprudence, it is of the utmost importance that current judicial practice remains positive. For this reason we have found that in the case of Vladimir Dimitrijevic it would be beneficial to deliver the judgment of the ECHR “Bayev v Russia”. In the judgment given, the main allegation of the defenders of the Russian Federation was that “homosexual relationships do not fit the traditional view of the Russian people and that homosexuality should be kept out of the eyes of children”. Vladimir Dimitrijevic uses the same wording in court and cites traditional Serbian values ​​and the positions of the Serbian Orthodox Church, ”he explains Dragoslava Barzut from Da se zna!

For legal reasons, states are obliged to give international human rights treaties, including the European Convention on Human Rights and Fundamental Freedoms, domestic legal effect. ECHR rulings are also binding on states (including their courts and regulatory authorities).