The Municipal Inspectorate demolishes an superstructure in Dardania 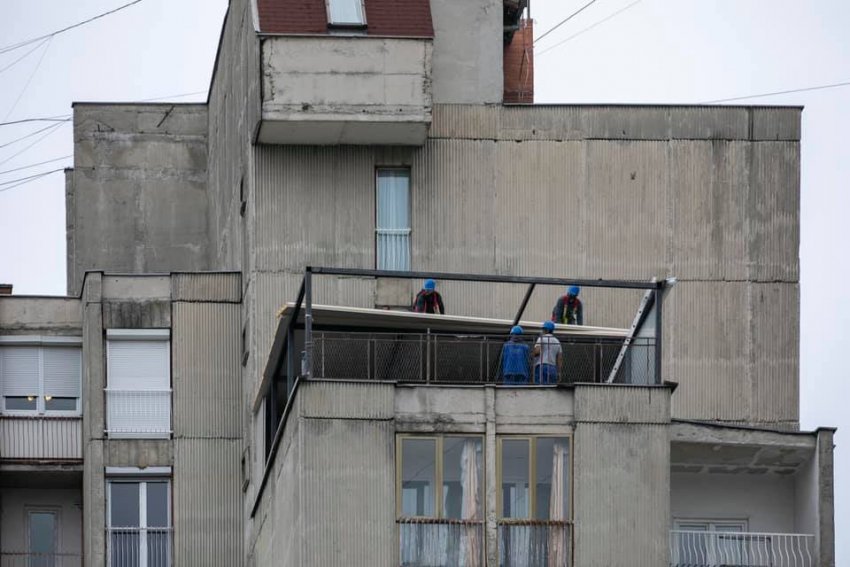 The Inspectorate of the Municipality of Prishtina has demolished this Wednesday an superstructure in one of the buildings in the Dardania neighborhood.

This action was taken as the party did not stop the works even after the order from the municipality.

“Weeks ago, an illegal superstructure was identified in the Dardania neighborhood. Construction inspectors have ordered the party to immediately stop the construction work and demolish the superstructure itself. The decision and the orders of the Inspection have not been taken into account by the party, and the same has continued the works in the superstructure “, it is said in the press release.

“As a result, the Construction Sector within the Directorate of Inspection has executed today the decision for demolition by removing the construction from the upper part of the building. Thus, the space has returned to its previous state.