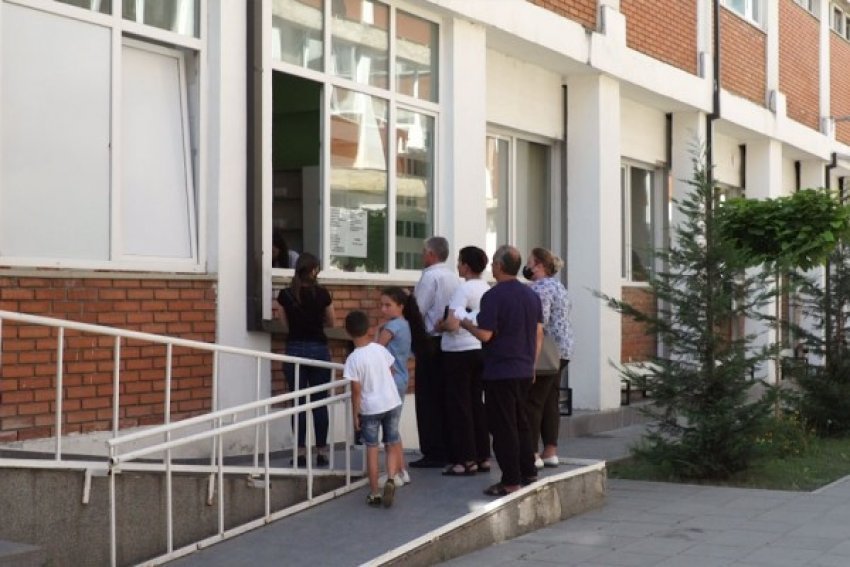 Many citizens of Prishtina who suffer from diabetes today have access to the pharmacy of the Main Family Medicine Center, as this pharmacy has already been supplied with 40 thousand doses of insulin which have been missing for several months now.

Out of these 40 thousand doses until 15:00, about 1270 syringes of insulin were distributed, for which the citizens were forced to buy them in private pharmacies, but also outside Kosovo.

The Director of Health in Prishtina, Bujar Gashi said that he forgives an own contract of the Municipality which captures the figure of about 200 thousand euros have managed to be supplied with insulin.

He said that the funds for this contract were provided by the Emergency Fund.

Gashi: We are supplied with about 40 thousand insulins

“Today we are supplied with about 40 thousand syringes with insulin and now there are two types of insulin, the one with medium action and the one with fast action. Most are with medium to fast action because the consumption is such that the citizens need them more, their number on a monthly basis is about 5 thousand 500 to 6 thousand. We received these today and they cost the municipality of Prishtina a little less than 200 thousand euros. Funds that we have allocated that we had reserve funds for emergency situations in case of such or similar needs. The reason for the numerous requests of the citizens for 4-5 months and their inability to provide the insulins of these two insulins in the private sector has pushed us to make this decision and to cover as little as possible this necessary need “, said Gashi.

Gashi further indicated that with these doses of insulin they have already provided, supply to insulin addicts is possible for 5 months.

He said that these insulins will be distributed only to the residents of the capital.

Gashi: We have provided insulins for 5 months

“One type, if I am not mistaken, is five months, while the other type is the last 3 months. We have had some reserves of fast-acting insulin with which we have covered their non-supplies of 2-3 months, now normally we have received these with funds “and I hope that for the next 5 months we will have enough, while the pharmaceutical department of the Ministry of Health will ensure that these types of insulin are returned to the essential list”, stressed Gashi.

The purchase of this contingent of insulins has greatly pleased the patients suffering from diabetes, who in the impossibility of supply from the Main Pharmacy of QKMF have been forced to provide themselves.

He has been suffering from diabetes for 30 years, but for months now he has been forced to buy the insulin he needs so much. Isuf Rexhaj says that today he received 8 syringes which are enough for 1 month.

He has harshly criticized the Minister of Health, Arben Vitia for not providing insulin for these patients, but on the other hand praised the mayor of Pristina, Shpend Ahmeti.

Rexhaj: I went to Kukës to buy insulin

“I took as many as I need 8 pieces, I have diabetes that for 30 years I need a larger amount…. I bought in Kukës I went and I got, I had a few that have exceeded me from previous months with those of Kukës I am patched 37 .37 have cost 5 pieces… .I have these for 1 month… .This is a total failure of this minister…. “Fortunately, Shpendi in his 8 years has done a positive job as mayor that I can appreciate”, he said.

Ejup Murati was also supplied with sufficient doses for 1 month with insulin. He says that having no insulin in the public pharmaceutical sector his son was forced to send them from Germany.

Murati: I was now supplied with 36 doses, enough for about 1 month

For two months now, Sahit Shala has not been supplied with insulin either, and he says that he has barely managed to secure the necessary doses.

Shala: Welcome, we have bought so far

“Now that we have not received them for two months, now we have received them, it is good that they have come to us ora I received 5… for 1 month are foreseen… “We had few reserves and we bought and spent a little,” he said.

Patients suffering from diabetes have been forced to provide their own insulins for months now, as the Ministry of Health has not yet managed to provide them, although the Minister of Health, Arben Vitia in an interview for KosovaPress days ago warned that very soon Kosovo MFMCs will be supplied with different types of insulin, but that this has not happened yet.

England – Denmark, the official formations of the second semifinal of Euro 2020