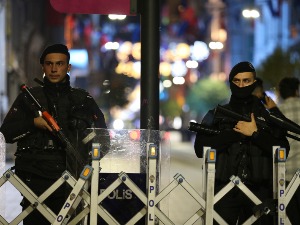 Turkish media published last night a photo of a woman who is suspected of being involved in a bomb attack in the center of Istanbul, in which six people died and 81 people were injured.

Of the 42 hospitalized patients, five are still in intensive care, two of whom are in serious condition.

During the night, the Turkish police chief announced, according to Anadolia, that the person who planted the bomb had been arrested.

Turkish President Recep Tayyip Erdogan said the bombing in the city center “reeks” of terrorism. He also stated that the explosion was a “treasonous attack” and that the perpetrators would be punished.

The explosion happened in the city center, on Istiklal Street, which is very popular among tourists. Among the injured is a Serbian citizen from Niš.