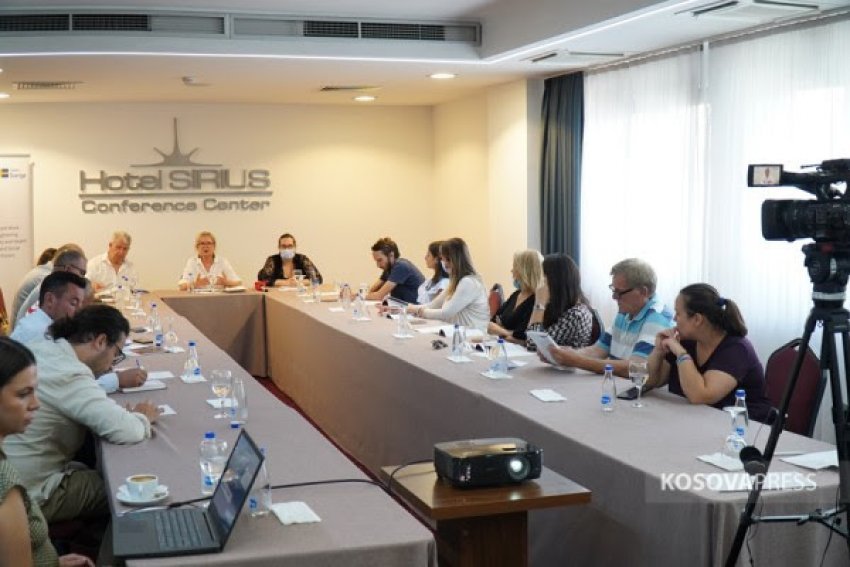 In Pristina, women were hit by the pandemic, leaving 10 percent of them unemployed for six months to 1 year, compared to 4 percent for men. Emphasis is placed on the lack of safety and health at work, where a large number are endangered in the workplace.

The Kosovo Stability Initiative today launched the report “Citizens’ Perceptions and Attitudes in the Prishtina Region”, which surveyed 200 women and men in the Prishtina region, in order to inform decision-makers and the government on key social and welfare policies.

Mrika Sefaj from IKS said that food and household supplies account for between 10 and 80 percent of household costs. While the average household income spent on this category of expenses is 45.5 percent which is considerable.

“An extremely high number of female respondents have not been employed in the last 6 months to the last 1, claiming that the pandemic has hit them the most by 43.5 percent. Women looking for work are twice as likely as to be out of the labor market than men, “she said.

Among other things, more than most women and young people prefer to be employed abroad.

“Women and young people of 72 percent prefer to be employed abroad, compared to men who have a lower interest rate of 42 percent,” she said.

The director of IKS, Brikenë Hoxha emphasized that they are committed to women’s rights, and that they are working to provide empirical data to public policies.

And, UNOPS project manager, Visare Gorani said that although Kosovo has good laws, there are delays in their implementation.

“No one knows how the employer handles accidents at work. We have had cases where the whole family falls into the trap of unemployment. It is important that our focus, occupational health and safety at work, should have good regulations, policies “where they would enable decent work for all,” she said.

From the Union of Independent Trade Unions of Kosovo, Avni Ajdini said that safety and health at work is very sluggish.

“Workers minimum wage since 2011 has not moved at all of 170 euros. Although there have been promises there is no movement. We have plenty to discuss but we need to work much harder,” he said.

The survey and this report are part of the project “Support to the Social Justice Coalition”, which is within the framework of the UNOPS project “Promoting decent work through strengthening OSH management and social dialogue in Kosovo”.

THE FIRE BURSTED FROM THE THUNDER OF THE LIGHTNING, BURNING EVERYTHING AS IF SPILLED WITH GASOLINE! Dramatic state of affairs on Murtenica, the locals are relying on assist from heaven