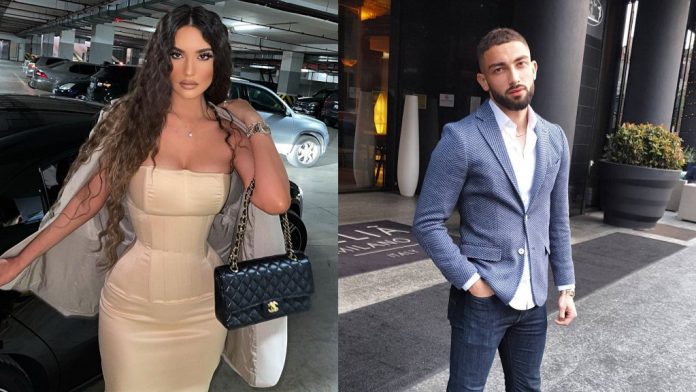 A few days ago, fans of Oriola Marashi and Eros Grezda noticed that the couple were no longer following each other on the social network “Instagram”.

The couple have long been in a love affair, which was rumored to be crowned with engagement. Thus arose the suspicions that there may have been a rift between them, and that these allusions turn out to be true according to the sources of ‘Panorama Plus’.

The couple’s friends have confirmed that Oriola and Eros have split, thus thwarting their wedding plan. And that the reason for their breakdown has been distance gave frequent misunderstandings due to distance, given that Oriola does not want to leave her career as a model.

For several years, she has signed a contract with the prestigious American firm “GUESS”, for which she has shown and has occasionally realized sets for various campaigns. After the engagement, Oriola and Eros decided to live together in Croatia, but these days the model is living in Italy.

Due to her professional engagements as a model, Oriola had to move to the neighboring state, where she appeared in the company of many foreign friends and well-known girls. She even showed off her singing talent by performing Lady Gaga and Bradley Cooper’s “Shallow” in front of the Guess staff.

Recall that Oriola and Eros have had even earlier breakups in their relationship due to some jealous debates.

However the pair left these problems behind and returned to each other’s arms. Ersi Syla, the Albanian talent that aims to follow in the footsteps of Iniesta – Latest News