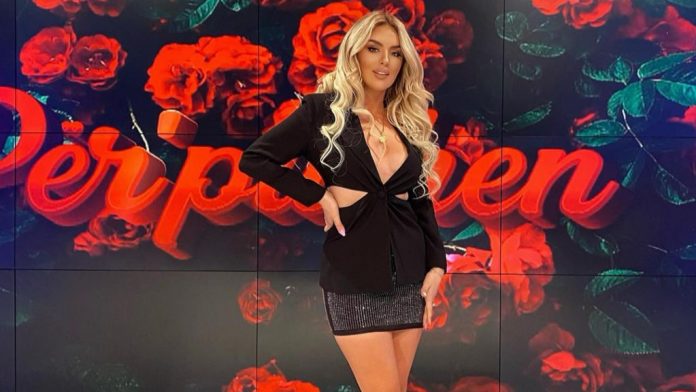 The competitor of “Për’puthen”, Antonela Berisha is one of the most commented names on social networks.

Recently, she announced that this Sunday she will be part of the humor program “Portokalli” that is broadcast on “Top Channel”. She has published on InstaStory a video where she is seen with Salsano Rrapi and where she shows that she will have a role in the section “Për’thithen”.

Antonela: This is njishi, the best actor. Salsano: No, no I am the weakest actor.

You are the best “Absorber… Match” (laughs). The beauty did not give more details regarding her role in this program.

Antonela a few days ago showed us one of her passions: music. We were all surprised when we learned that Antonela had published her first and only song on Youtube 9 years ago!

Her project is titled “Time passes”, while the “video clip” is a collage of old photos of Antonella, very different from today. The contestant has never talked about this project, but could not escape the fan search!

Apparently, the competitors of “Për’puthen” have a common passion, that of singing. At first Mevlani, then joined Juli.

Later Melisa, while Ana Lleshi stated that she would also be introduced to music and finally Lulzimi. Ana Kauri did not lag behind either, showing that she also intends to get into music.