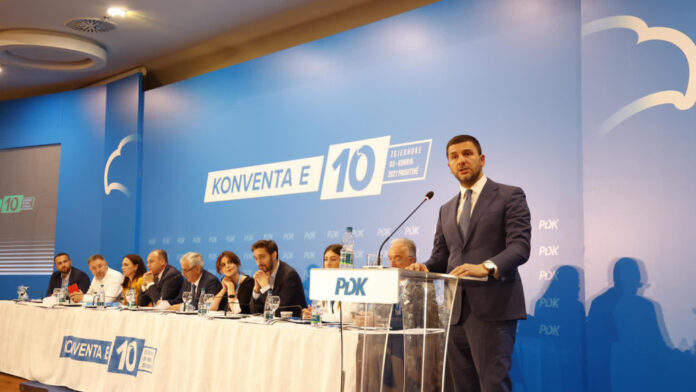 The leadership of the Democratic Party of Kosovo, led by President Memli Krasniqi, held its regular meeting on Monday, where they discussed the latest developments and the tragedy that Kosovo is going through as a result of the deteriorating pandemic situation.

August of this year was the most tragic period that Kosovo has experienced so far since the beginning of the pandemic.

According to public data, only during this month, 213 citizens of our country have died, while 35 thousand 299 citizens have been infected.

Members of the PDK Presidency discussed the concern being expressed by the citizens of Kosovo who are constantly asking for appointments for vaccination, which they can not get due to lack of vaccines.

This situation becomes even more worrying, due to the fact that Kosovo is at the bottom of the list of European countries, in terms of the percentage of vaccinated population.

The Democratic Party of Kosovo invites the Government to change the approach of managing the vaccination process of citizens in this tragic period.

The government should have a concrete plan for continuous supply of vaccines, to increase vaccination capacities and to decentralize this service, enabling vaccination 7 days a week for every citizen, in neighborhoods, villages and cities, and not to maintain it further. centralize this vital process for citizens.

The PDK leadership has also discussed the process of preparations for local elections.

The members of the Presidency were informed that the Central Election Commission has certified 29 PDK candidates for mayors and 875 candidates for 33 Municipal Assemblies, being again the party with the largest number of candidacies for leadership of municipalities.

17 out of 29 PDK candidates for mayors are running for the first time, while 22 out of 29 candidates have never been in municipal leadership.

DUSAN ENTERED THE TAVERN ON FRIDAY, AND EXITED ON SUNDAY! 10 liters of brandy had been drunk, the variety of beer is unknown, AND THE ENTRY INTO THE COOPERATIVE WAS CELEBRATED ?!