Things are not going well with the Government of Kosovo 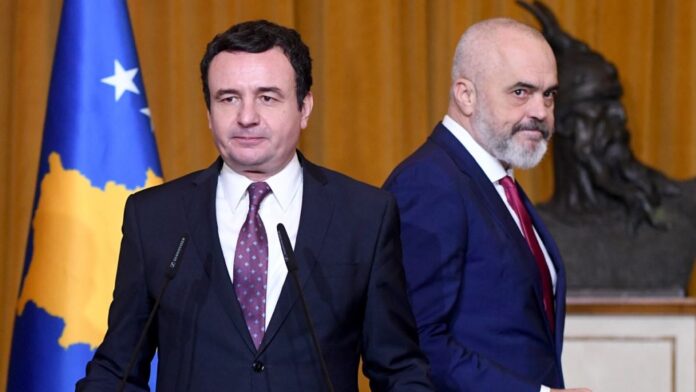 The Prime Minister of Albania, Edi Rama stressed that in the third term will be followed a “new quality approach” in terms of relations between Kosovo and Albania.

He said that Socialist Party deputies should visit Pristina more often, to present opinions and ideas that serve both countries.

The head of the Socialist Party said that “Open Balkan” has produced disagreement between the two countries, but despite this Rama underlined that Albania will work with dedication to have “brotherly relations with Kosovo”.

“Things are not going well with the government of Kosovo and the disagreement over the ‘Open Balkans’ has taken on an undeserved weight in the meantime, but we will work with dedication to have a more fraternal relationship with the government of Kosovo, committing ourselves to those jobs and directions that unite us and patiently tackling dissent for the ‘Open Balkans’, he said.

Speaking before the new and old deputies, Rama stressed that “Open Balkan” is a clear choice, from which not only Albania but the whole region wins.

“The Open Balkans is a clear, fair and meaningful choice for the future of the country and the region,” Rama said.