This Assembly is not complete without Kosovo 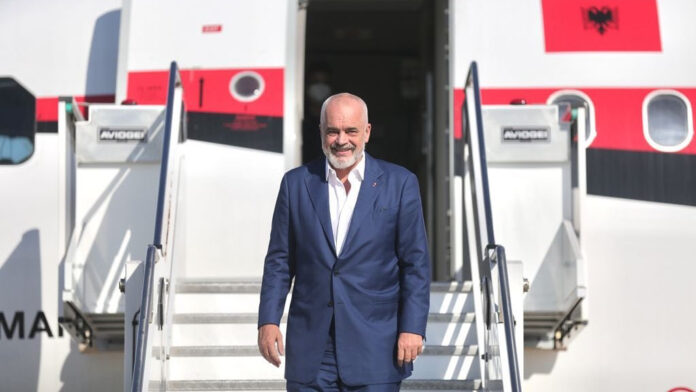 The Prime Minister of Albania, Edi Rama during his speech at the UN General Assembly has called on member states to recognize Kosovo’s independence.

“This great Assembly is not and will not be complete without one of the countries of our region, the Republic of Kosovo”, declared the Prime Minister of Albania.

Rama said that in the 13 years of Kosovo’s independence, it has brought more money and stability to the Western Balkans region.

He said that Albania supports as the only alternative the Kosovo-Serbia dialogue for mutual recognition.

“Only courage and vision will finally allow Serbia to lift the burden of the past,” Rama said, reports Euronews.al.

During his speech at the 76th Session of the UN Assembly, Rama also spoke about the issue of Albania’s integration into the European Union.

He said that Albania is ready to open negotiations

“We look forward to the first intergovernmental conference to open membership negotiations.

I want to repeat that Albania has been ready for a long time, it expects the EU to do its part “, declared the Prime Minister of Albania.