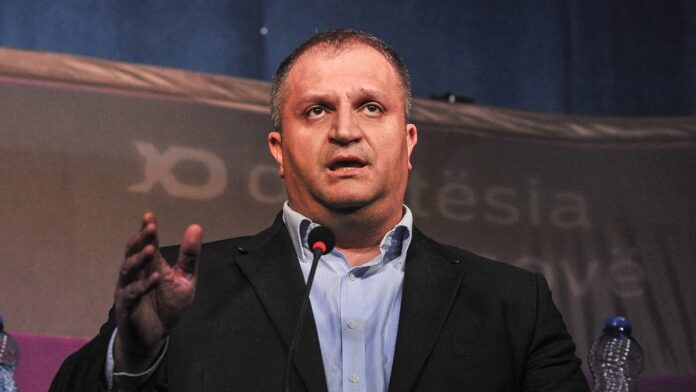 The mayor of Prishtina, Shpend Ahmeti, was fined 35 euros together with his guests, for his birthday party.

He said that before the party started in a private space, three police cars and two FVA cars arrived, according to him, someone reported the case for a wedding.

He further thanked the police and the FVA for their professional conduct.

Last night I celebrated my birthday with my family in a private space – not a business – where we were about 15 people, half of whom were family members (among them the wife and children).

Still without starting and around 20 (two hours before curfew) three police cars and 2 of Avuk arrived who told me that someone had announced the wedding.

I wondered how, before starting a family gathering in the private space, someone had announced “wedding”.

I demanded that we be fined according to the law.

My guests and I were fined 35 euros for not keeping our distance and wearing masks.

In these circumstances and without entering into conspiracies, I sincerely thank the Kosovo Police and KVFA for professional conduct during the visit.

The private meeting cost me more, but the rules also apply to the mayor, regardless of whether I agree with the measures or not.

Ps That was the good way with the market that today is my birthday.

Otherwise, Shpend Ahmeti has constantly asked citizens to respect the measures against the spread of coronavirus, especially at the beginning of the pandemic.

Whereas, last night he fell in contradiction with his calls./Kosovarja/

Shpend Ahmeti honors the martyrs of Prishtina, shows why he did not pay homage