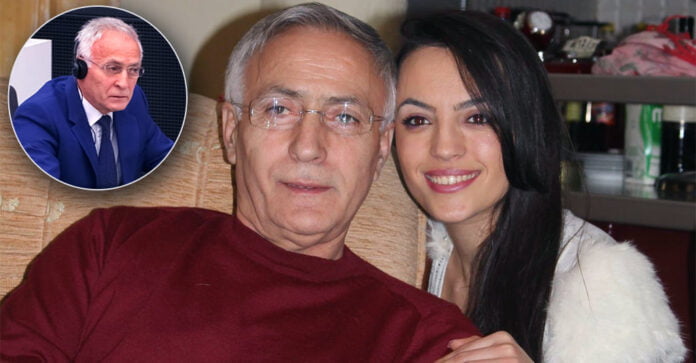 The Special Court has started allowing visits to the families of former leaders of the Kosovo Liberation Army, who are being held in detention, where the first to meet his family was Jakup Krasniqi.

Gresa Krasniqi, the daughter of Jakup Krasniqi, through a post on the social network Facebook, wrote about the meeting she had after eight months with her father, Telegrafi reports.

“For 8 months and 12 days we dreamed of your hug and your caresses.

Today in your lap my soul calmed down dad.

We forgot everything. We forgot the pain, the expectations, the suffering.

Life is unfair to good people.

How good you are dad, how much injustice you endured.

I had dreamed of this moment sometimes in my sleep and sometimes with my eyes closed.

In front of the mirror, every morning I repeated the words I would say, in front of you I became silent.

How we had missed you! How hard it was to see there, but to see you stronger than other times, even though you faced other injustices to see more smiling than other times, the white beard that counts the years full of suffering has made you even more handsome , she wrote.

Tuje, she wrote “you do not return dad, I had read many writings from former prisoners, telling your stories like a superhero”.

“I obeyed Dad, you do not break.

You get stronger, and that made me happy.

How we had missed you.

I know, Kosovo and the KLA need you once again.

But we need you too.

I miss you, but this commodity hardly passes.

We love you “, concludes the article of Gresa Krasniqi.

Otherwise, on November 9, in his first appearance, Jakup Krasniqi had pleaded not guilty to the charges against him.