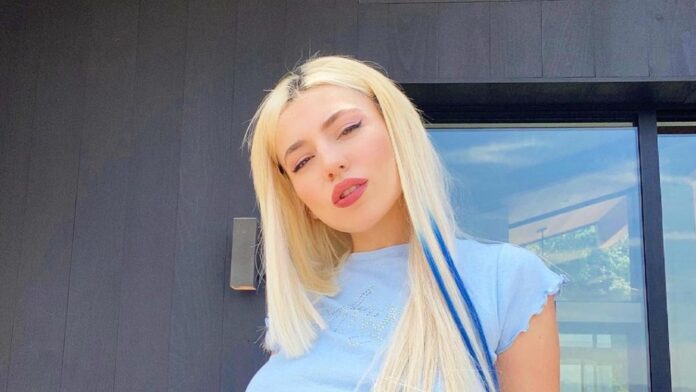 Ava Max today enjoys an extraordinary success in the world music scene, her hits and the popularity of the public has made the Albanian have financial gains.

But before she became famous she worked a normal job in America even though she dreamed of music. “So I started finding a regular job from 9am to 5pm, then I started firing – I was not very good at any of them,” she said.

The singer tried a short stint as a nail salon receptionist, but she was fired after she was poor at math.

“I was not very good at it because I had to do calculations, so the calculation was not my strong point,” she said.

Eventually, the Albanian started another job, selling hairdressers in a kiosk of a shopping center, she describes this work experience as “fun”, but said that she had to leave the job, because she was reprimanded by her boss for going always late for work and with a cappuccino in hand every morning. “It was fun until, at one point, my boss said to me: You are 20 minutes late every day, where are you? And I said to him:

I am taking a cappuccino, I am waking up early but q honestly I did not like to do it so I left that job “, said the Albanian artist. HORROR IN THE KING! The physique of a person was present in Ibar, and the police ordered an post-mortem