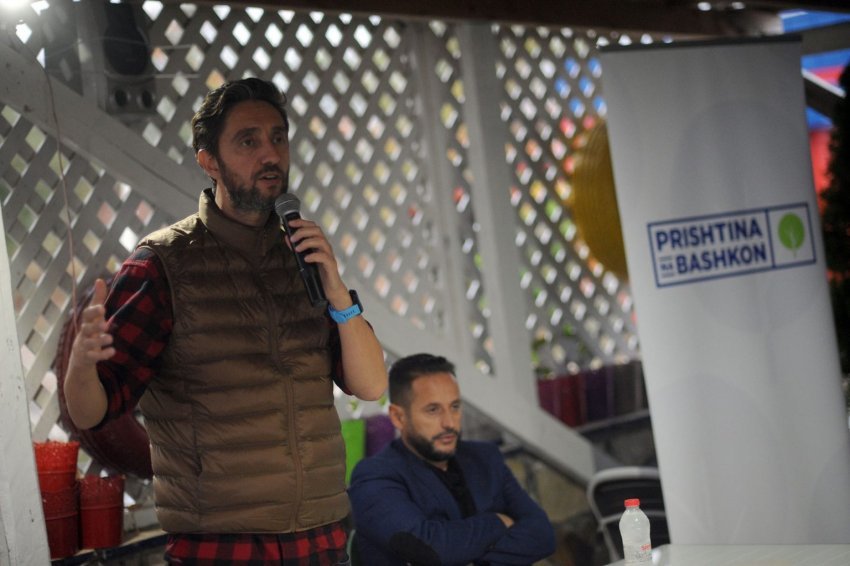 The candidate for Mayor of Prishtina, Uran Ismaili has continued with the signing of work commitments that he will do in the neighborhoods and villages of Prishtina.

Today, in front of dozens of residents of the Ulpiana neighborhood, Ismaili signed his concrete commitments which he said he would complete by 2024.

He has said that these commitments will remain as evidence that you can not forget.

“You will see them and it will be easier for me to keep my word,” he said, among other things.

Ismaili promised that by October 2024 he would fix the following problems of Ulpiana:

– Efficient lighting on every street in the neighborhood

– Complete cleanliness in every part of the neighborhood, including tunnels

– Parking for each family

– Treatment of the facade and other problems of Ulpiana solitaire

– Removal of asbestos from the roofs of buildings

– Transformation of the former neighborhood shelter into a community center

– Addition of green belts along the main roads

– Regulation and maintenance of the overpass at the school “Ali Sokoli”

– Removing the problem of stray dogs

– Regulation and maintenance of sports fields

– Arrangement of public spaces in the shopping center (Lesna)

– Maintenance and lighting of all tunnels in the neighborhood

“These are my commitments for Ulpiana. We have to fix Prishtina and each of its neighborhoods together. The scheme complained, the scheme looked back. We have done our best for Prishtina, because Prishtina unites us. “, Ismaili concluded.