‘We deserved a penalty against Serbia’ – 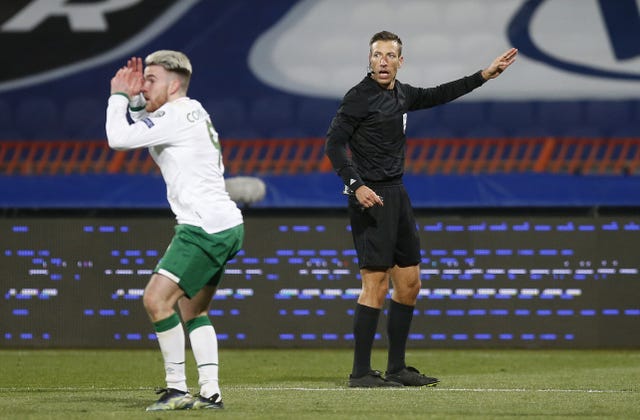 Aleksandar Stefan Mitrovic came from the bench to condemn the visitors to a 2-3 qualifying defeat at the World Cup.

Stephen Kenny Left Serbia convinced them Irish Republic would not have lost their inaugural World Cup qualification if they had received the penalty they deserved.

Kenny’s men surprisingly took the lead in the Group A match at the Rajko Mitic Stadium in Belgrade when Alan Browne stopped waiting for a goal after 11 hours and 18 minutes of football but ended up at the wrong end of a 3-2 standings.

However, it was devastated as a striker failed to receive a free kick in the second half Aaron Connolly sank Stefan MitrovicThe challenge at 1-1, only for the Italian referee Davide Massa to wave away his claims.

Aaron Connolly was denied a penalty by referee Davide Massa in the Republic of Ireland’s 3-2 defeat by Serbia (Novak Djurovic / PA).

Manager Kenny, whose wait for a first win is now nine games, said: “We got an obvious penalty absolutely denied. We looked back and Aaron stirred the ball and Mitrovic, the center-back, fouled it.

“It’s a very crucial moment in the game.” 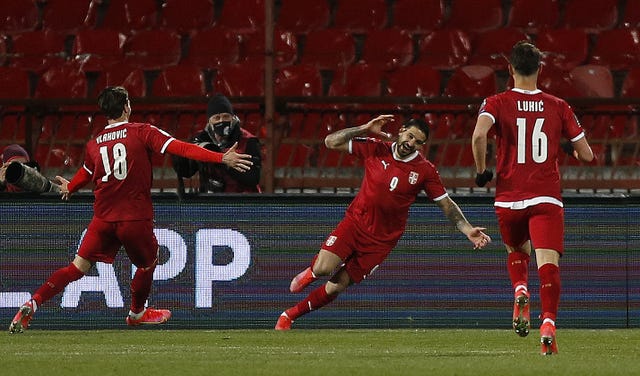 Aleksandar Mitrovic was Serbia’s hero with two goals in the defeat against the Republic in Belgrade (Novak Djurovic / PA).

Mitrovic had only been on the pitch five minutes before beating 21-year-old goalkeeper Mark Travers, made his competitive debut for his country with a bold chip and took a 3-1 lead with 15 minutes to go, establishing himself as the top scorer in Serbia on September 38.

Substitute colleague James Collins cut the deficit four minutes before the end, but a late surge in activity did not equalize.

Kenny said: “The second goal concession is a disappointing goal, we know that and on the third goal we wonder how we lost 3-1.

“I felt like all the substitutes had an impact. James Collins got the goal back and it’s a late rally to equalize that we don’t quite get.”

One month detention for police officer for sexually assaulting a minor