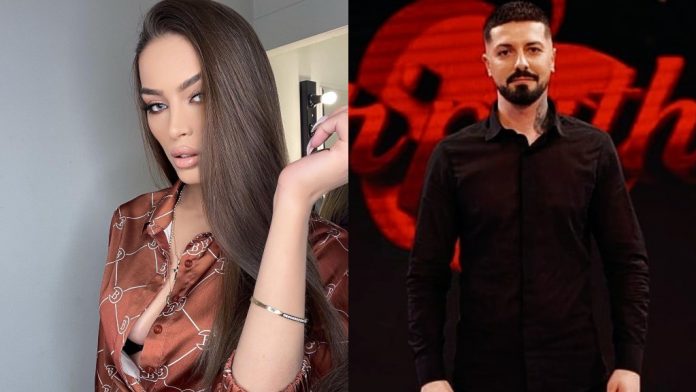 The two former competitors of the love show “Për’puthen”, Arsim Abduli and Ana Lleshi were at the top of the pink media for several days, after it was rumored that they were in a relationship until the moment they separated.

During the time that Arsimi became part of the show, Ana had taken a role in the staff team of “Për’puthen” and that from there began the connection of the duo where often the escorts had caught them ‘mat’ having dinner together. Education in an interview in recent days has shown the real reason for the split.

“It required a lot of attention, without thinking that I have a son, I have other things in life, I could not stay behind her 24/7,” he said in “Albania Live”. Despite this, according to the media in Albania, Arsimi continued to wear the ring on his finger that Ana gave him.

While he admitted that the latter also has a ring that he gave him./Kosovarja/