We simply need to hold our personal, I am certain we’ll present maturity 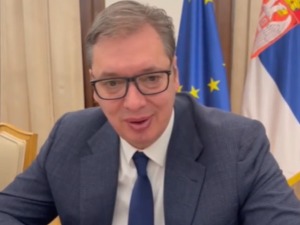 President Aleksandar Vučić met with representatives of Serbs from Kosovo and Metohija afterwards addressing the public regarding unsuccessful negotiations in Brusselswas published on the Instagram profile of buducnostsrbijeav.

“Here I am with our Serbs from Kosovo and Metohija. We only asked them to be careful, to be calm, to preserve peace and stability, to respond to other people’s arrogance and arrogance the way decent people always respond. We just want to protect our own and nothing more. So I am sure that as a nation we will show maturity and preserve our hearths,” said Vučić.

The president previously told the Serbs in Kosovo and Metohija at a press conference that it is important to preserve peace.

The prime minister of Pristina’s temporary institutions, Aljbin Kurti, announced that accepts the request of the USA to delay the application of the punitive measure for 48 hours drivers with Serbian license plates.