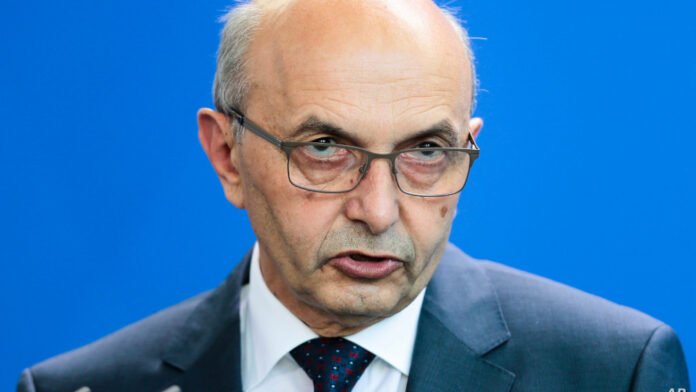 The former Prime Minister of Kosovo, Isa Mustafa, said that during his time as Prime Minister during the talks with the Serbian side in Brussels, it was never discussed to create an “autonomous district of northern Kosovo” and the Serbian Orthodox Church will have the status “privileged”, as it was written in a “non-paper” that was published this week ostensibly for the final solution for the conclusion of the agreement between Kosovo and Serbia.

“We have dialogue on topics, on which we have agreed and agreed in advance the three parties, Kosovo, EU and Serbia,” Mustafa told Albanian Post.

Mustafa emphasizes that the publication of this document is a provocation for the independence of Kosovo.

“What is written in ‘non paper’ has never been a proposal and a topic.

“The issues raised there are a provocation for Kosovo and its independence.”

He also spoke to the Managing Director for Europe and Central Asia within the diplomatic service and the combined ministry of foreign affairs and defense in the European Union Angelina Eichhorst, for whom the Serbian media reported that she is the author of “non paper”.

“I can say that the people who were in Ms. Mogerini’s team at that time, none of them in any case has opened or tested such topics.”

Eichhorst himself, on Thursday, in a written response to the Albanian Post has denied such a thing.

“Publishing, of course, is absolute nonsense.

“Our delegation in Serbia has already issued a strong denial, and High Representative Josep Borrell also spoke about it at a press conference with Prime Minister Kurti today and resolutely rejected it,” Eichhorst said in a statement.

As is well known, Angelina Eichhorst has been involved in the Brussels dialogue for seven years, especially during the tenure of the head of European diplomacy, Federica Mogherini.

Her job description also included intensifying and speeding up talks between representatives of Kosovo and Serbia.

The two documents, known as “non-papers”, which were said to come from Slovenia and the other was influenced by Franco-German circles, originate from Belgrade and Moscow, said the Prime Minister of Kosovo, Albin Kurti, in an interview with Kosovo correspondents in Brussels, where he is also paying an official visit.

“I do not believe that the perpetrators of these are Western capitals, certainly not the US or European ones,” said Kurti.

This document states that an “autonomous district of northern Kosovo” would be created in Kosovo according to the laws and the Constitution of Kosovo.

The Serbian Orthodox Church will have a “privileged status”, while Serbia, after the ratification of the legally binding Agreement, is obliged that “it will not hinder Kosovo’s membership in international and regional organizations”

Vokrri: The export trend from Kosovo to the USA is growing – Latest News