Which financial sectors are a precedence for French firms 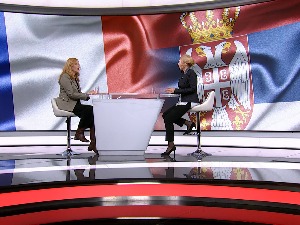 French companies have opened the door to youth employment. Director of the Franco-Serbian Chamber, Sanja Ivanić, told RTS that those interested in employment can find the stands of 21 French and Serbian companies on the website francuskanedelja.rs. She pointed out that the most sought-after jobs are in the IT industry.

“The most diverse professions in the IT sector. However, other technical professions are also in great demand. First of all, engineers and technicians, but there are also other professions. The offers are really diverse. The companies are from the most diverse sectors, so I believe that everyone will find something,” said Ivanić.

She added that there are about 130 French companies operating in Serbia, which, as she estimated, is too few, and that they employ between twelve and thirteen thousand people with a tendency to grow in recent years.

Before the pandemic, French companies announced larger investments in Serbia, and Sanja Ivanić points out that this interest continued during the pandemic.

“Now there is a period of uncertainty due to the energy crisis. You know that companies do not like uncertainty, and this period is just like that. So I have the impression that there has been a slight delay, and I hope that it will all be resolved in the course of 2023 . year,” said Sanja Ivanić.

She pointed out that French companies in Serbia are particularly interested in the infrastructure sector and recalled the concession of the Belgrade airport and the construction of the subway in Belgrade, as well as the energy sector, which includes the ecological project of the incinerator in Vinci by the French company “Veolija”.

“Those sectors remain a priority for French companies, so they are the sectors from which we have the most inquiries,” said Ivanić.

She added that a French Senate delegation is coming to Serbia next week, and will also visit companies, including “Schneider Electric” in Novi Sad, as well as that the bilateral exchange between Serbia and France is constantly growing.

Speaking about Serbian companies on the French market, Sanja Ivanić said that the most exported rubber products from Serbia to France are tires from Pirot, and that in recent years there has been a 20 percent increase in exports from Serbia from the agricultural and food industry.