Why Southeast Asian nations are reluctant to hitch sanctions towards Russia 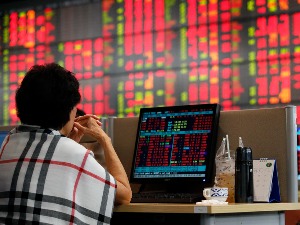 To the Russian attack on Ukraine, the USA and its allies in the West and East, members of NATO and the Quadrilateral Forum (with the exception of Turkey, that is, India), reacted relatively united with harsh sanctions, but the countries outside those military-political blocs remained restrained in relation to at Washington’s call to isolate Russia economically and politically.

The media in East Asia report that the populous countries of Southeast Asia, Vietnam, Myanmar and Thailand want to continue economic cooperation with Moscow despite pressure from the West in order to curb inflation and speed up recovery from the difficulties caused by the covid pandemic.

Vietnam traditionally has excellent relations with Moscow, not only because of its political and material support during the country’s brutal war against the US on the Indochinese peninsula, but also because of the fact that Hanoi, due to territorial disputes and many historical frictions with neighboring China, needs a powerful and reliable military-political partner (a member of the UN Security Council) such as Russia.

In the same month, General Min Aung Hlaig, the leader of Myanmar’s military government, visited Moscow and signed an agreement by which the country, politically and economically isolated by the West and the US’s Asian allies, began purchasing Russian oil. At that time, he also met with Russian officials from the nuclear and dedicated industry.

At the beginning of this month, the Myanmar leader also participated in the Eastern Economic Forum in Vladivostok, securing new quantities of diesel fuel, which his country will pay for in rubles. It is important for the authorities in Myanmar to reduce inflation by importing Russian oil, which is sold at lower prices than those prevailing on the world stock markets, and thus alleviate the dissatisfaction of the population in conditions of political instability and internal conflicts.

Analysts in Southeast Asia believe that the military government in Myanmar is interested in using air superiority to tame the armed rebellion of the political opposition and the uprising of several ethnic minorities, and actually reduce political and logistical dependence on the powerful neighbor China by purchasing Russian military equipment.

Myanmar already owns Russian “MiG-29” and “JAK-130” aircraft, and it is believed that it recently bought six “SU-30” bomber fighters, whose delivery has allegedly already begun.

General Min’s meeting with Rosatom representatives in July could also mean that the former British colony, which has 57 million inhabitants, plans to build a nuclear power plant.

And a traditional American ally for continued economic cooperation with Moscow

The tourism organization of Thailand, a capitalist country that for decades in a communist environment leaned militarily towards Washington, announced that from October, the previously frozen flights of the Russian airline “Aeroflot” to the southern island of Phuket, popular among foreign tourists, will be re-established.

This is especially important for the Buddhist kingdom of 70 million inhabitants, because in January and February of this year, before the start of hostilities in Ukraine, the Russians were the most numerous foreign tourists – Thailand now wants to host as many as one million Russian citizens by the end of this year.

Also, thanks to the recent comprehensive agreement, the total economic exchange between Bangkok and Moscow was expected to reach ten billion dollars next year, which would be four times more than in 2021 and another target that the military authorities in Bangkok seem to be suffering criticism of the West for lack of democracy, they do not want to give up.

By the way, Thailand is one of the world’s largest vehicle manufacturers, and exports cars, trucks, tires and parts to Russia. Food, such as fruit and rice, is another important item in Thailand’s exports, while the sprawling Southeast Asian country mainly sources crude oil, coal, fertilizers and metals from Russia.

It should also be noted that the Association of Southeast Asian Nations ASEAN did not collectively condemn Russia’s intervention in Ukraine and that of the ten member countries, only the city-state of Singapore introduced sanctions against Moscow.