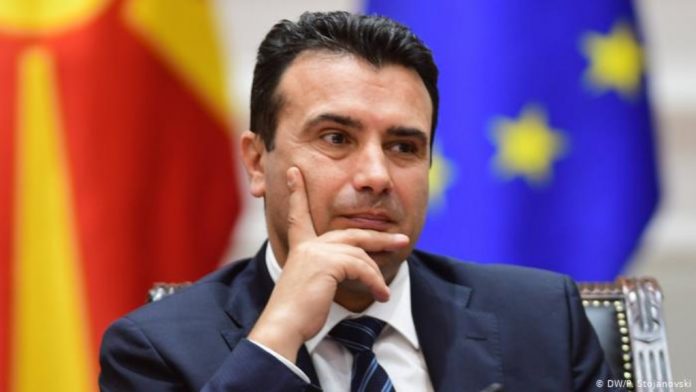 The Prime Minister of Northern Macedonia, Zoran Zaev, has said that a union between Kosovo and Albania would not be a good idea.

Speaking to “N1”, Zaev said that a national union of Albanians is not the future that the people in the region want because their future is in the European Union.

“A Europe without borders in which people cooperate and communicate and I am convinced that these ideas are from individuals who are a minority and have no future,” he said.

According to him, if there is greater regional cooperation, Europe will respect the Balkan countries more.

Speaking about the long-standing problems in the Balkans, Zaev said that Serbia and Kosovo also face their challenges, but they can be resolved through friendship dialogue.

Regarding the improvement of relations between the countries in the region, the Macedonian leader added that Skopje is establishing good relations with the Prime Minister of Albania Edi Rama, Serbian President Aleksandar Vucic and Prime Minister Ana Bernabic, trying to promote all avenues of cooperation between Macedonians. Albanians and Serbs.

At this point he added that he expects the leader of the Vetëvendosje Movement, Albin Kurti, to join the leaders in the talks “for the good of all”, after taking over the leadership of the state of Kosovo after the victory in the February 14 elections.

According to him, the “Mini-Schengen” initiative would bring benefits to all parties.

Zaev has stated that such an initiative would bring the entire region closer to the EU.

Discussions on national unity among Albanians began with the recent election campaign by numerous actors in Kosovo.

After the victory of Lëvizja Vetëvendosje, its leader Albin Kurti said that currently such a thing is impossible by the Constitution of Kosovo./Lajmi/

Winter has returned to Serbia, in some components MORE THAN 20 CENTIMETERS OF SNOW / VIDEO / PHOTO /