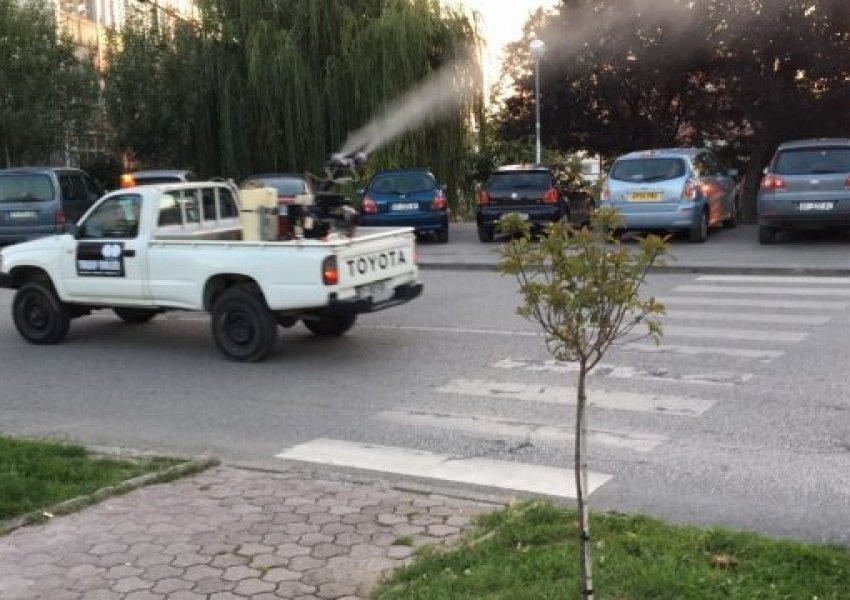 The Director of Health in Prishtina, Bujar Gashi, said that due to atmospheric changes, disinsectization in this municipality has started 10 days late, but according to him, within the epidemiological limits of the time.

Gashi said that the new contract envisages the expansion of square kilometers, which will include other villages in the capital.

” Really we are a little late, 10 days, although we have not received criticism this time. But we are within the epidemiological limits of time. As a result of atmospheric changes, as the weather has not been stable, we had to start disinsectizing later. With this new contract for three years we have expanded the square kilometers, with some villages that will be part of the disinsection that have not been in the past. We will talk to the residents of these villages if they will accept the disinfestation, as most have numerous bees. We are waiting for a response from the residents of some of the villages, except Mramur, who has issued a positive response. We have not received a recommendation from the NIPHK for the disinsection of ticks, as according to them, they do not pose a risk to citizens. “Disinsectization will be done in six phases, but we have the capacity to have one or two additional phases,” he added.

Meanwhile, regarding the vaccination for COVID-19, Gashi said that vaccination in Pristina is the responsibility of the central level, as decided by him, the National Institution of Public Health.

” The central level works with vaccination, since it is in the capital, as the NIPHK said. We have a team within them, but the control is done by the central level. “We had the capacity to control it ourselves, but it was not the decision in our hands”, declared Gashi.