Wished Serbs for Vidovdan, clash between Çitak and Grenell on Twitter 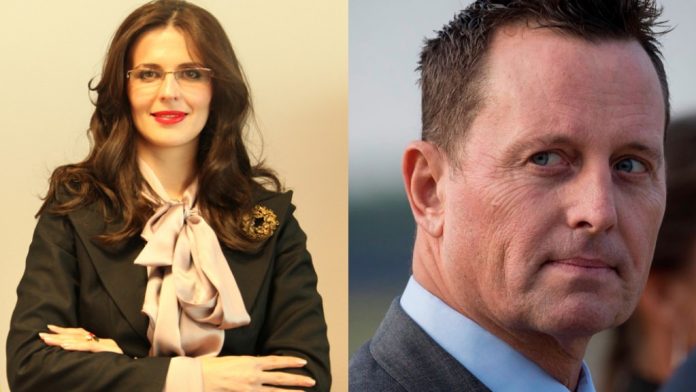 Former US envoy for the Kosovo-Serbia dialogue, Richard Grenell, provoked numerous reactions after a post made yesterday on Twitter, where I congratulate the Serbs on the Vidovdan holiday.

The former ambassador of Kosovo to the USA, Vlora Çitaku, also had a strong reaction after this post of Grenell.

Çitaku, through a post on her Twitter account, said that the Battle of Kosovo did not belong to the Serbs and the Balkan army took part in it against the Ottoman Empire, writes Telegrafi.

“It was not a Serb battle; it was the Balkan army that fought against the Ottoman invaders.

“This battle became the basic myth that continues to nurture Serbian nationalism since the 19th century, holding us all hostage,” wrote Çitaku.

Grenell has said that people need work and solutions.

“You are very offended.

It must be tedious to find a grudge in everything.

After that, the former ambassador Çitaku responded again.

Citaku said that she also wants work and solutions, but that his position on the Battle of Kosovo was historically incorrect.

“I also want work and solutions!

But the statement below was simply historically incorrect!

10 dead in Florida, the balance of the victims of the collapsed building is aggravated – Latest News