With the vacation of Serbian unity and the flag on September 15, WE CELEBRATE THE HEROIC BREAKTHROUGH OF THE THESSALONIKI FRONT! 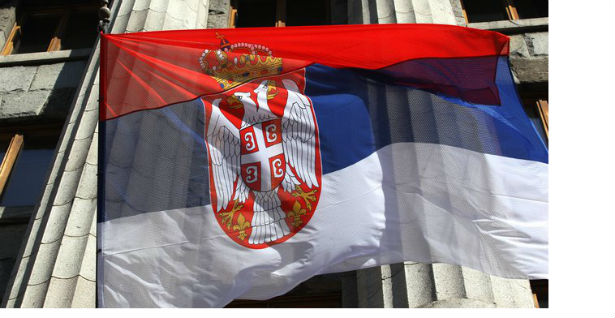 REMEMBRANCE: With the holiday of Serbian unity and the flag on September 15, WE CELEBRATE THE HEROIC BREAKTHROUGH OF THE THESSALONIKI FRONT!

Tomorrow, Serbia and Republika Srpska will celebrate the joint holiday of the Day of Serbian Unity, Freedom and the National Flag for the second time, and the date of September 15 was chosen because on that day in 1918, the Thessaloniki Front was broken through.

Historian Cedomir Antic says that our country did not have a tradition of marking that great historical event.

– The First World War was a pride, but also a great sacrifice. Our people are aware of that. Unlike the wars that preceded it, that war has few gains for us, at least that is how it is believed, and the casualties were huge. It should be reminded that the Serbian people had proportionally the greatest casualties in the First World War, and that to this day they have lost all their achievements except the liberation and unification of today’s north of the country – Antic said for Kurir and added:

Law on the Protection of the Cyrillic Alphabet Yesterday, members of the Serbian Parliament discussed the Bill on the Use of the Serbian Language in Public Life and the Protection and Preservation of the Cyrillic Alphabet. Minister of Culture Maja Gojković said that the law was passed by urgent procedure because the initiative came from Serbian President Aleksandar Vučić and BiH Presidency member Milorad Dodik, and an urgent procedure is necessary in order to fulfill their agreement for the laws to be passed on September 15. Day of Serbian unity, freedom and national flag.

He says that there were thousands of Serbs in Bosnia and Herzegovina, Montenegro and other parts of the Serbian army, and that breakthrough led, among other things, to the immediate unification of Srem, Banat, Backa, Baranja, Montenegro and large parts of BiH. with Serbia, and very quickly came the creation of the Kingdom of Serbs, Croats and Slovenes, in which the Serbs united.

By the way, the Day of Serbian Unity, Freedom and the national flag is celebrated by highlighting the Serbian tricolor.

– Our flag is common to Serbs in Serbia, Republika Srpska and Montenegro, but we have not done enough to build and respect the cult of the flag, which is rooted in many nations – said on the eve of the holiday Serbian Foreign Minister Nikola Selakovic and reminded that on September 15 In 1918, when the Thessaloniki front was broken through, the written-off Serbia managed to rise and there were Serbs in that army from all parts of the former Yugoslavia, even from the other side of the ocean.

Suspension of traffic in Belgrade

Osmani: Germany to proceed supporting the supply of latest recognitions