22 years because the bloodbath in Krusha e Madhe 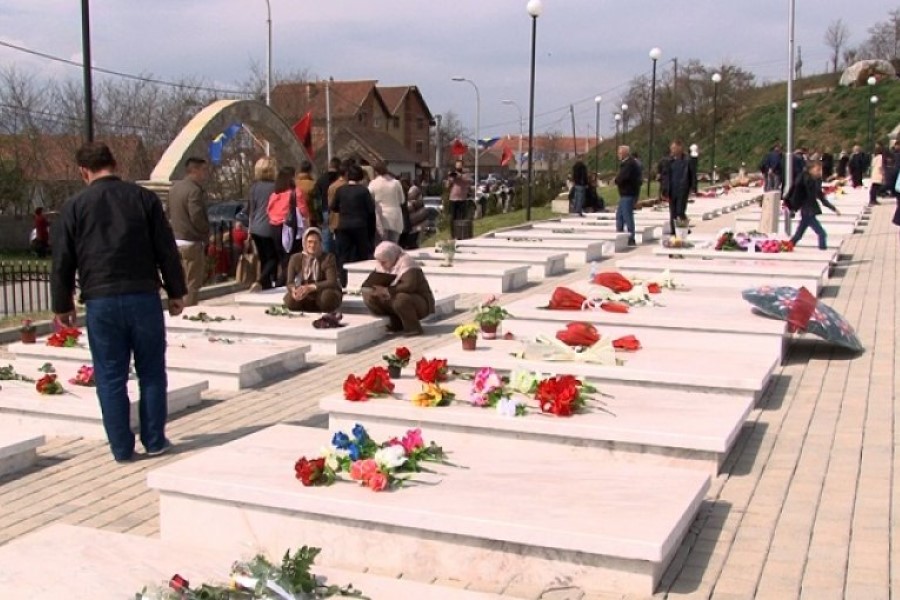 22 years ago, specifically from 25 to 27 March 1999, in Krusha of Rahovec, 243 people were massacred by Serbian forces, while 893 private and social houses were burned.

The massacre in Krusha e Madhe is the largest that happened in Kosovo during the war of 1998-1999.

Many people from this Krusha e Madhe are still missing. The Krusha e Madhe massacre was part of the indictment for war crimes against Balkan butcher Slobodan Milosevic and several other Serbian political and military leaders.

Despite this, for this massacre, there was never a proper investigation process and no one has been directly convicted for the crimes committed in this village./KosovaPress/

Osmani commemorates the massacre of Krusha e Madhe: Today we understand the weight we paid for the freedom of the country – Latest News