A 12 months of main investments in Vojvodina, Mirović reveals how crucial works are occurring 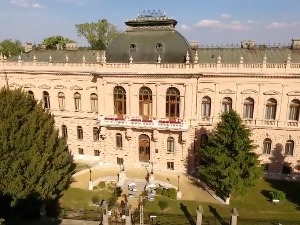 At the end of May this year, the Parliament of Serbia, on the proposal of the Government of Vojvodina, adopted a new law on the restoration of the cultural and historical heritage of Sremski Karlovac, which enabled the investment and restoration of this one of the most important places for the Serbian people.

The Prime Minister of AP Vojvodina, Igor Mirović, said that the National Assembly passed a law on the restoration of the cultural and historical heritage of Sremski Karlovac and expects that the Government of Serbia in the new mandate will approve more significant funds for the revitalization of this place, important for Serbian history and local tourism development.

“Without waiting for the law in 2018, through the budget fund for construction, we invested significant funds in the reconstruction and revitalization of the most important buildings,” stated Mirović.

“That work should take place in the next ten, fifteen years,” noted Mirović.

“A high-speed railway is being built from Novi Sad to Subotica. Work has intensified in recent weeks on breaking through the largest tunnel in Serbia. From the preparatory work phase, the drilling of a three-and-a-half-kilometer tunnel through Fruška Gora began, and work began on the construction of a bridge that will connect Kovilj with Petrovaradin”, noted Mirović.

As he said, these are the two most complex buildings on the route, and the deadline for completion has already been planned, the work should be completed in three years.

“It is an important job for Novi Sad because part of that corridor will also be a bridge that will cross from Liman to the territory of Sremska Kamenica, so Novi Sad will be significantly relieved as far as traffic is concerned,” Mirović said.

Speaking about water purifiers, he said that a purifier was built in Bačka Topola and completed in Mali Iđoš, and a purifier in Zrenjanin is being prepared.

“When it comes to the construction of a drinking water plant, such a plant is being prepared in Odžaci, Temerin and Beocin”, noted Mirović.