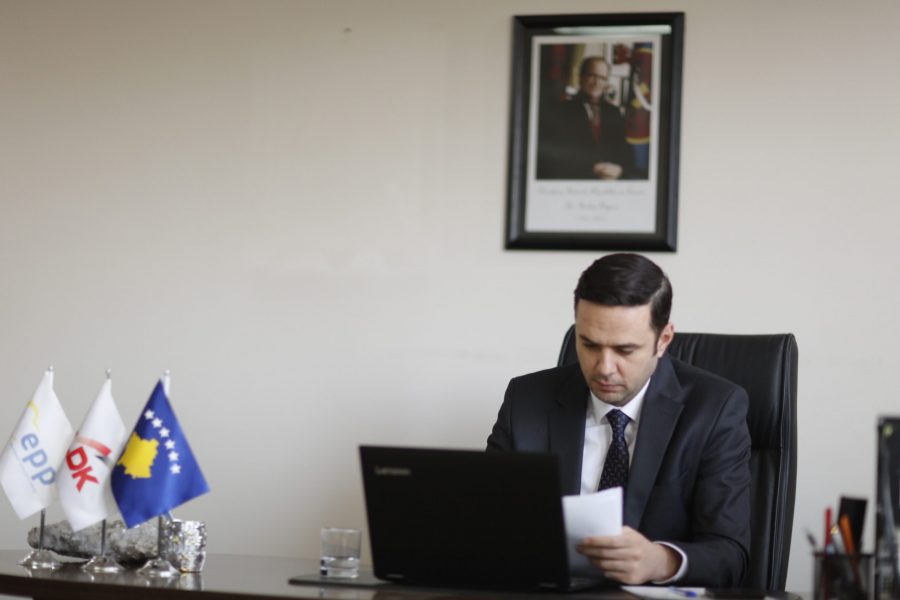 The President of the Democratic League of Kosovo, Lumir Abdixhiku held a friendly meeting with senior EU representatives, the Commissioner for Enlargement and Neighborhood. Olivér Várhelyi, Vice-Chair of the EPP Enlargement, Western Balkans and Southern Neighborhood Group in the European Parliament, Andrey Kovatchev, and a number of MEPs and rapporteurs from the European Parliament.

According to the LDK communiqué, the EU representatives praised the participation of the Democratic League of Kosovo in the voting process and congratulated President Abdixhiku for the constructive role that the LDK has played, paving the way for the election of the President.

They also informed President Abdixhiku that the EU is finalizing efforts to, in addition to the COVAX channel, soon provide additional vaccines for Kosovo and other countries in the region.

President Abdixhiku thanked the EU representatives for the support that the EU has given to Kosovo, emphasizing the need for visa liberalization for the citizens of the country and an acceleration of the integration process.