Ahmeti: The municipality would cover the cost of 9 million to build the concert hall 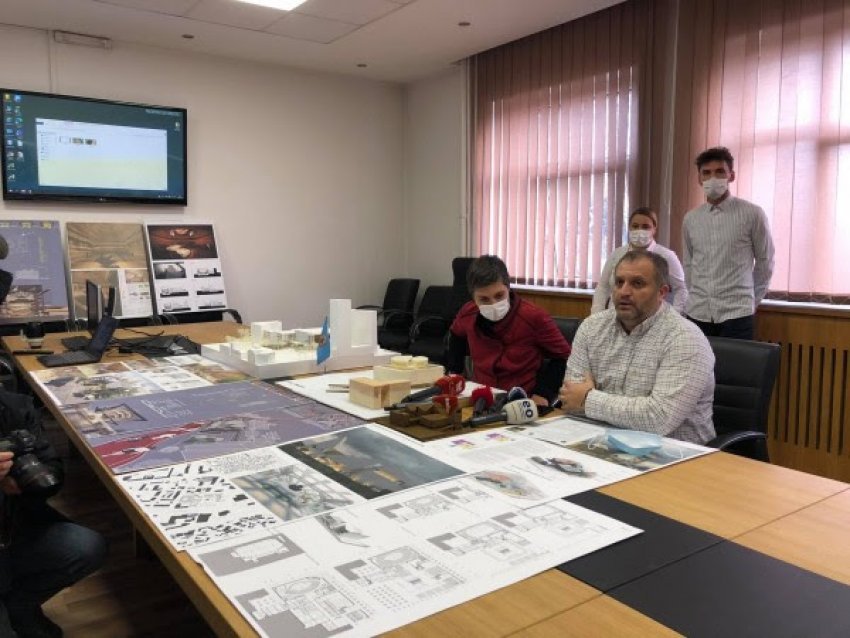 The Municipality of Prishtina has unveiled three project proposals for the construction of the Concert Hall in the former department store “Gërmia”. The conceptual projects were considered phenomenal and would preserve the heritage and memory of the former Germia. Until it was said that next week it will be known which project will be selected by the municipality.

The mayor of the capital, Shpend Ahmeti in a press conference, said that in order to make the right selection they have arranged a professional jury consisting of international professors, architects and members of the Institute of Cultural Heritage.

According to him, if the financial cost of its construction is 9 million euros, like the first project presented, then within two years the same will be built.

Ahmeti: The idea was to preserve as much identity and memory as possible

“The idea was to preserve as much identity and memory as possible. But on the other hand, as in many cities in the world today, especially in Europe where the building is invested, the city’s heritage is preserved, but the intervention is done in such a way that we have the memory and something to be used in modern times …. The cost is 9 million. Prishtina can complete this hall in two years, so that in 2023 we will be ready for concerts “, he said.

Despite this, Ahmeti said that this competition is only for elections, not a decision for construction, as the cost may be high of the winner by the jury.

Ahmeti: This is a competition for elections, it is not a decision for construction

“This is a competition for elections, it is not a decision for construction. It may happen that those who win the first place will be the best, if we decide not to build it because it costs 50 million euros that we do not have. But our idea is to decide for the good. As soon as the commission decides to put it in the tender to start its construction … I believe that next week the selection will be made, they have had a meeting and it will show when it is done who won. “Then we open the rest of the offer that has to do with the company and the financial offer, how much it will cost”, he added.

Although he made the projects public, Ahmeti did not reveal the names of the companies, as he said that according to the rules, they were submitted only in numbers.

“We have hired three international professors, one from the universities of Havarda, Zagreb and Istanbul who we asked to be part of the jury, two from the association of architects, a member of the municipality and the Cultural Heritage Institute … whose proposal it is. Therefore, today we do not tell you who the company is because according to the procurement rules, these have been submitted with a number, a figure that the commission does not know which proposal belongs to “, declared Ahmeti.