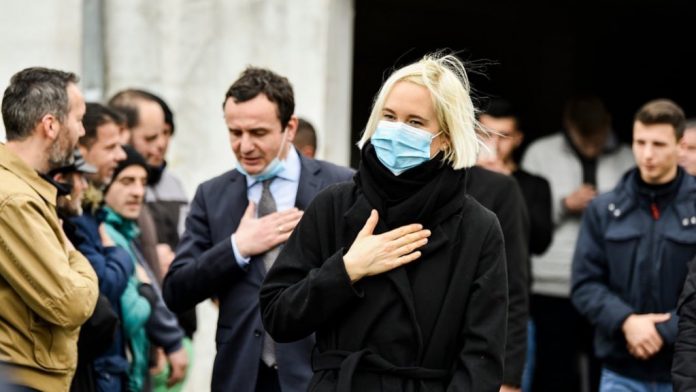 At a time when the political campaign of parties in Kosovo is continuing, political leaders are visiting different cities, some of them even Albanian chambers.

The leader of VV, Albin Kurti visited the villages of Skenderaj, Klina i Ultë as well as Runik and Kladërnica.

But, in addition to being accompanied by other VV activists, he was accompanied in one of the chambers of these villages by his wife, Rita, who has decided not to leave him alone in this campaign.

Rita also attended several other meetings of Kurti, where she was constantly with him.

In a photo posted by Kurti himself on the social network Instagram, Rita is seen next to him, while the men were sitting./Kosovarja