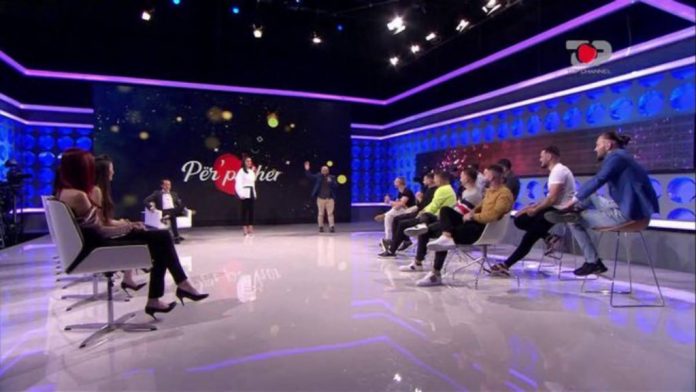 At the beginning of February, the show “Për’puthen” was joined by a young boy, Arsimi, who immediately got the attention of the girls.

He was the first competitor originally from Macedonia, but during his presentation Arsimi said that he has been living and working in Switzerland for years. But none of this got the girls any more attention than the fact that he was the father of a son.

Education showed that he is the father of a 3-year-old son named Lion. Education said the boy lives with his mother in Switzerland and meets with her alone on weekends.

It was the little one who caused Education to finally leave “Compatibility”. Today at the end of the show he said he will leave for some private reasons.

Asked further by Bora, he said he should return to Switzerland to pay some visits to his son. Arsimi introduced his son a few days ago on social networks.

He posted a photo of the boy on Instagram, as everyone noticed the great resemblance he had with him. As for “Për’puthen”, we remember that Arsimi had a very interesting meeting with Sara and it seemed that there was a lot of chemistry between them. Illegal taxis take advantage of the lack of buses, they take 5 euros from passengers in the route Prishtina – Gjilan – Latest News

NOVI SAD FRIENDS OF THE NIGHT TEAR TEARS OVER THE CROWN! There is no such thing as a Novi Unhappy Truthful, no Exit, the pandemic has severely aggravated them