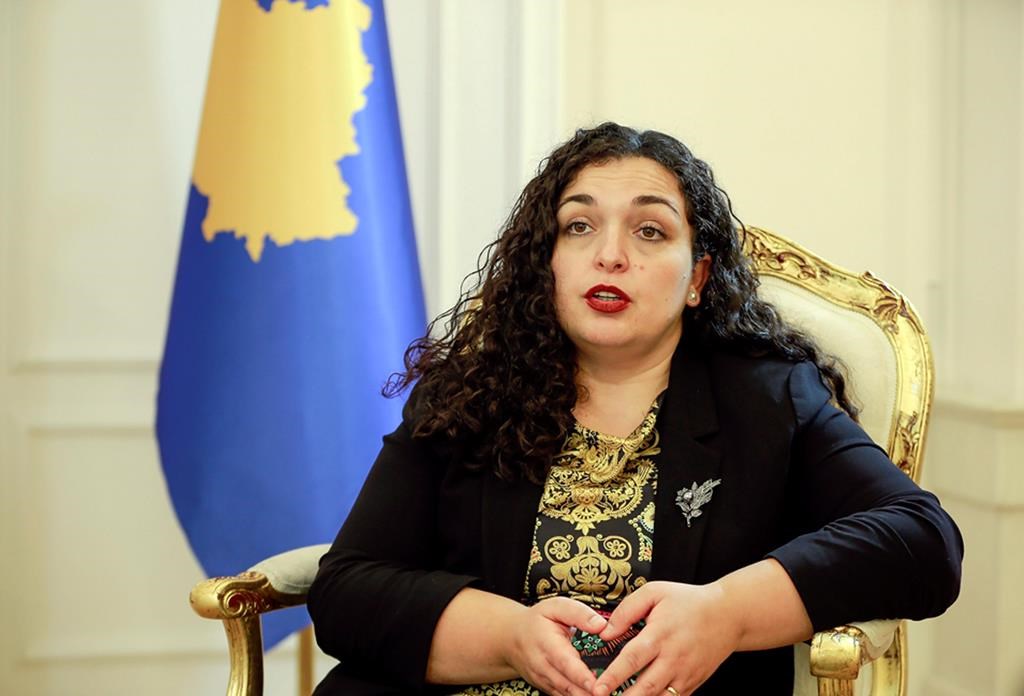 PRISTINA, Kosovo – The incumbent President of Kosovo accused the European Union on Friday of not treating Kosovo “on an equal footing” with neighboring Serbia in negotiations to normalize relations between former enemies of the war.

Vjosa Osmani, the second female head of state in post-war Kosovo, told The Associated Press in an interview that, in her opinion, Brussels has not learned from past mistakes and regards Serbia as a “spoiled child”.

“We must be treated as equals in this dialogue. In this case, it paves the way for a successful dialogue in the future, ”Osmani said in an interview with the Associated Press.

The EU has facilitated the negotiations between Kosovo and Serbia since 2011, but few of the more than 30 signed agreements that resulted in the talks have been implemented.

Osmani, 38, took office as President of Kosovo earlier this month when former President Hashim Thaci stepped down to face war crimes and crimes against humanity in a special court in The Hague, Netherlands. Osmani is expected to work in an acting capacity for a maximum of six months.

Thaci, former parliamentary speakers Kadri Veseli and Jakup Krasniqi, and two other former commanders in chief of the Kosovo Liberation Army who fought for independence from Serbia are on trial. None of them accepted any of the charges.

Osmani said that while Kosovo was establishing a world precedent by top officials willingly going to court, “Serbia does not do the same with a state-sponsored regime that killed civilians, many of whom were young children.”

“They deny all the horrific crimes they have committed across Yugoslavia, particularly in Kosovo,” she said in the 1990s.

The 1998-1999 war in Kosovo, then a Serbian province, ended after a military intervention by NATO, which forced Serbia to withdraw its armed forces. The United Nations ruled the area for nine years before Kosovo declared independence in 2008, a move Serbia does not recognize.

More than 10,000 mostly ethnic Albanians were killed and more than 1,600 are still missing in the war.

Osmani said Serbia lost Kosovo in 1999 when it “abused the power of territorial integrity and the principle of sovereignty to kill the people who lived in the area”.

“Once you accept this reality, we can have a successful dialogue,” she said.

“I hope the international community will understand that they will never change without putting pressure on Serbia,” said Osmani, adding: “There has still been no justice for the victims more than two decades after the end of the conflict . “

Hundreds of citizens from the diaspora are denied voting – Latest News