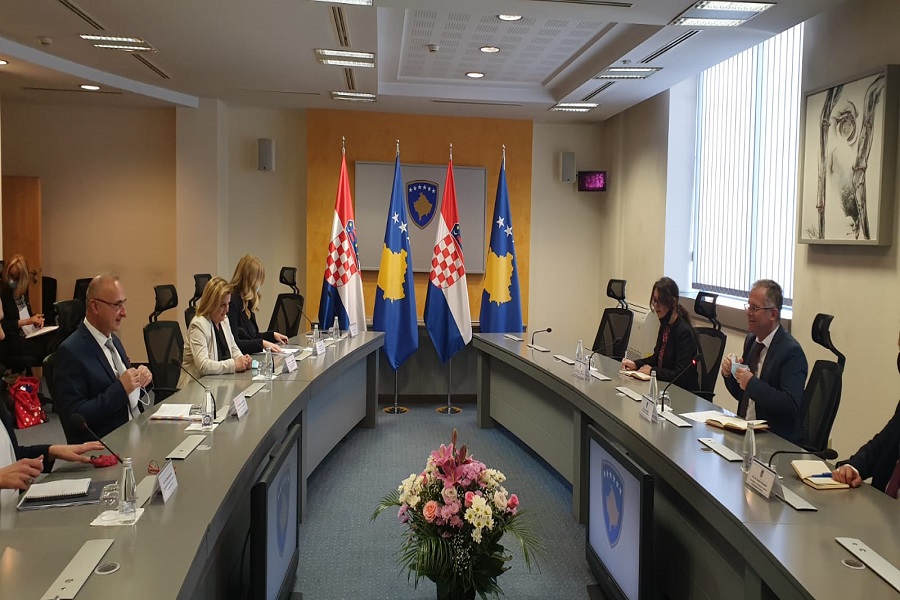 Deputy Prime Minister Besnik Bislimi received today in a meeting the Minister of Foreign Affairs of Croatia Gordan Grlic-Radman, with whom he had an open discussion about the continuation of very good relations with the Croatian state and closer cooperation with their representation in Kosovo.

Minister Radman expressed Croatia’s readiness to continue its support for Kosovo in various areas, among which European integration stood out, given the process and period of Croatia’s EU membership.

Meanwhile, Deputy Prime Minister Bislimi thanked the Croatian government for the donation of 10 thousand vaccines against COVID-19, emphasizing that any amount of vaccines brought in this period, is of great value to us.

Croatian Foreign Minister Radman invited the First Deputy Prime Minister of Kosovo to pay an official visit to Croatia, which was welcomed by Bislim.

Putin: Our vaccine, as reliable as Kalashnikov – Latest News